Since the inception of lockdowns and safer-at-home orders, conservatives have warned about critical issues like economic decline, mental health problems, and the like. The partisan differences between COVID-19 responses are very clear…as are the subsequent reactions. 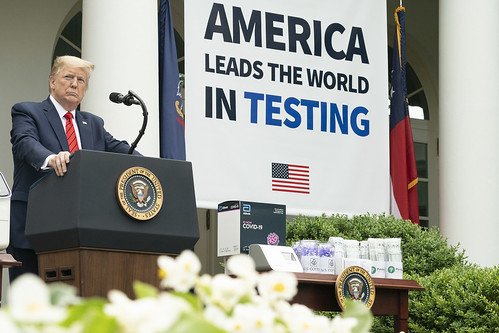 In states like Georgia, Tennessee, and others, GOP governors are gradually re-engaging their economies. Residents in these states are also safely getting back on work. On the other hand, states like Michigan and California remain under the thumb of increasingly tyrannical governors who now claim they won’t open up without a vaccine for coronavirus.

That may be the current plan, but some real change could be on the horizon. Yesterday, the Wisconsin Supreme Court struck down Gov. Tony Evers’ (D) safer-at-home order confirms sources.

What to Know About the Wisconsin Supreme Court’s Decision

For all intents and purposes, the state of Wisconsin is open. Businesses can reopen, while travel and gatherings in the state are no longer essentially banned from operation. However, schools in Wisconsin will still remain closed and local governments will have the authority to make decisions they view as appropriate.

These are not the only outcomes from yesterday’s Wisconsin Supreme Court ruling. The Court furthermore determined that Gov. Evers will have to work with the state legislature before issuing blatant bans and limitations on Wisconsinites.

"Isn't it the very definition of tyranny, for one person to order people to be imprisoned for going to work among other ordinarily lawful activities? Where does the Constitution say that's permissible, counsel?"

This ruling clearly comes as a major win to Americans who are eager to get this nation reopened for business. It also raises questions about whether a similar fate awaits other blue states claiming they won’t completely re-engage their economies without a vaccination.

Ultimately, only time will tell if other Supreme Courts decided to strike down tyrannical orders being issued in blue states.

Do you believe the Wisconsin Supreme Court made the right ruling yesterday? What do you think lies ahead for other blue states in the coming weeks and months? Sound off in the comments section below.

Support is Picking Up For Ron DeSantis to Run For President