For a time, the White House gave daily coronavirus press briefings. Despite criticism from Trump’s detractors, the White House continued to share everyday updates with Americans when COVID-19 was at its worst.

Amid new reports of virus surges, the press briefings are back. This comes at a time where certain community leaders are rolling back local and statewide reopening measures. The return of White House coronavirus press briefings also arrives amid intense debates about face mask requirements. 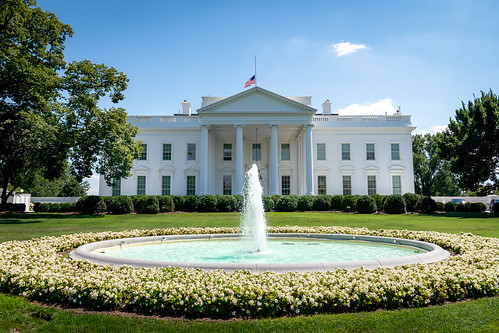 When Trump shared the latest updates about COVID-19, he touched upon several points. Despite progress made in the fight against coronavirus, the president warned that the virus will become “worse” before it becomes better. In giving this warning, Trump also noted the existence of “flare-ups” in different parts of the nation.

Likewise came the president’s tribute of our nation’s progress in testing for coronavirus. Despite onslaughts and censure from his political foes, Trump’s administration has succeeded in boosting testing access and capabilities for COVID-19; however, certain reports of contaminated coronavirus tests in addition to false positives have surfaced.

President @realDonaldTrump on the U.S. preforming 50 million tests: "We have conducted nearly three times as many tests as all of the other countries in the western hemisphere combined" pic.twitter.com/ikdcnhheM6

The president also urged Americans to wear face masks when they cannot social distance. This caused waves among many conservatives who take issue with mandatory face masks. Despite encouraging the use of face coverings, Trump has also openly stated that he doesn’t believe in a national mask mandate and won’t sign one into law.

During Tuesday’s coronavirus press briefing, many Americans noted the absence of Dr. Anthony Fauci. Fauci’s previous habit of not only appearing at these briefings, but also speaking at them marked a stark contrast from yesterday.

Fatalities have fallen nationwide, and we are surging supplies, personnel, and therapeutics where they are needed. pic.twitter.com/qyDb8rPcj2

Later, Fauci stated that he did not get an invite to attend yesterday’s press briefing. This comes amid clashes between Trump aides and the doctor. Other conservatives, such as Doctor and Sen. Rand Paul have questioned Fauci’s judgment, rhetoric, and tendency to change his mind.

Despite claims of tensions between the president himself and Fauci, both parties have shrugged off these reports more than once.

What did you think about yesterday’s White House coronavirus press briefing? Should Americans expect additional press briefings? Share your thoughts with us down below in the comments section.