For some time now, Americans have maintained concerns about forced “mandatory” vaccination.

This is one reason why face masks mandates have been met with so much resistance. Many Americans warned that such requirements were merely a stepping stone to mandating vaccines for the general public. 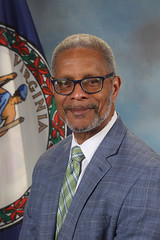 It turns out that these concerns have merit. A new report from The Blaze confirms that Dr. Norman Oliver, the Virginia Commissioner of Health, will be imposing a statewide mandate for all Virginia residents to take the coronavirus vaccine when it becomes available.

The news is already making the rounds on social media with numerous individuals calling for pushback and action against this.

Forced Vaccination in Virginia: What You Need to Know

During a sitdown with WFXR-TV, Dr. Oliver stated that so long as he retains his position as the Virginia Commissioner of Health, he will issue a statewide mandate for all Virginians to receive the COVID-19 vaccine. To the alarm of many Americans, the laws in Virginia currently allow Oliver to do this.

The Virginia Commissioner of Health went on to assert that his coronavirus vaccine mandate will “save hundreds and hundreds of lives.” Oliver also maintained that he’s opposed to possible legislation that would allow Virginians to opt-out of the vaccination for religious reasons.

Interestingly enough, during his interview, Oliver claimed that he believes the majority of people would respond well to taking the coronavirus vaccine. This then begs to question why the Virginia Commissioner of Health sees a need to issue a statewide mandate if he’s confident that most residents will take the vaccine.

The legality of mandatory vaccination is in debate. Certain doctors and law professors have claimed that the government does have a right to issue vaccine mandates under certain circumstances. However, others, like Dr. Fauci, have stated that the government cannot force the general public to take a vaccine.

Many Americans have called mandatory vaccination unconstitutional, stating that people in this country have the right to decline the vaccine for religious reasons.

Conversations about the prospect of mandatory vaccination have increased since politicians across the nation implemented mandates for face masks.

Last month, doctors penned a USA Today op-ed calling for compulsory vaccination for all Americans, stating that those who refuse should face “severe penalties” and be denied access to tax benefits, services, transportation, employment, etc. The op-ed was later edited to soften some of the language, yet the overall message remains the same.

What do you think about the Virginia Commissioner of Health declaring that he will issue a statewide mandate for the coronavirus vaccine? Let us know in the comments section below!