At this time, there are many Americans across the nation who are not happy. Job loss, loss of healthcare insurance, and other consequences stemming from coronavirus are just the tip of the iceberg.

The unhappiness of many people in the country has to do with the actions of leaders. When governors and mayors order certain businesses to shut down or say that schools will remain closed this fall, such actions have a ripple impact. 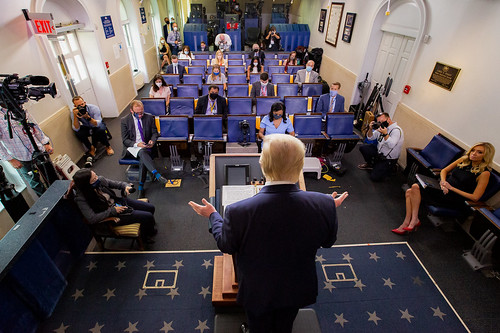 Now, the aforementioned unhappiness that many Americans are experiencing is being cited as a potential tool for Democrats to regain power.

In layman’s terms, some Americans believe that if enough people are unhappy with their lives and the direction of the nation, this could sway voters away from President Trump, per Breitbart News.

The Danger of Mass Unhappiness Across the Nation

During last night’s segment on Fox News, host Tucker Carlson warned Americans that unhappy individuals seek change. The Fox News host also advised that Democrats know this and are working overtime to create as much misery across the nation as possible for their own political advantage.

"Americans are more unhappy today than they've ever been because of the Democrats. It's bad for Americans but good for the Democrats politically" Tucker Carlson

To be precise, the lockdowns from coronavirus were cited as the biggest threat, even more so than the cancellation of the GOP National Convention. Carlson stated that similarly to other presidential elections, the “basic question” of 2020 will ultimately boil down to whether Americans believe the nation is on the right track.

Before warning about the dangers of Democrats regaining the White House and Senate, Carlson also noted that the left isn’t hiding the radical nature of their planned agenda.

A Solution to Unhappiness

While many Americans are unhappy, there are variations in what certain Americans view as the solution to unhappiness. Some have stated that voting Trump out of office and ushering in Joe Biden is the answer; this is something that Biden and his re-election team have used over and over again.

Donald Trump’s own staff admits that he fails the most important test of being the American President: the duty to care — for you, for all of us. pic.twitter.com/mJf0xhEYZ5

Time and time again, the former vice president slams Trump for his leadership. In doing so, Biden also puts out the narrative that electing him as the 46th president will “transform” the nation and do away with people’s struggles.

Americans with a different outlook largely favor another four years in office for Trump. Furthermore, some individuals in favor of Trump already believe that certain coronavirus responses are meticulously designed to hurt the president politically.

Do you think Democrats are banking on the unhappiness of America to make Trump a one-term commander-in-chief? Let us know your thoughts down below in the comments section.