Rideshare apps like Uber and Lyft are used by at least millions of individuals across the globe. Here in the states, rideshare is also very popular and frequently used.

While many Americans love the ability to order transportation with mere taps of a button on an app, others have taken issue with the models of Uber and Lyft. To be precise, many Democrats have stated that both rideshare companies ought to classify their drivers as employees, rather than as independent contractors. 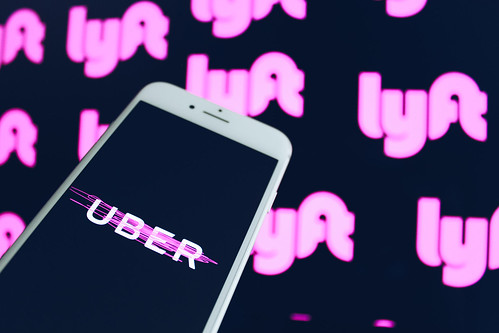 Following a lawsuit from Xavier Becerra, a Democrat and the California Attorney General, Uber is working to appeal an order calling for them to label drivers as employees.

However, if this legal motion is unsuccessful, Uber may not be able to operate in California until November, according to Breitbart News.

The Plight of Uber in California

Uber and Lyft have each argued that their drivers are, in fact, independent contractors rather than employees. After all, rideshare drivers have the capacity to set their own hours, work when and where they feel comfortable, etc. These flexibilities are not generally afforded to employees.

However, Democrats still strive to bring government into the rideshare sector. Liberal politicians argue that rideshare drivers are being deprived of benefits that typically go to employees.

Uber CEO Dara Khosrowshahi tells @SRuhle the ride-hailing app would have to shut down in the state of California until at least November if a judge's ruling that Uber must treat drivers as employees instead of independent contractors fails to be appealed by the company. pic.twitter.com/ntAMMxf4Cf

Yesterday, Uber CEO Dara Khosrowshahi participated in an interview with MSNBC to shed light on where the rideshare company presently stands. Khosrowshahi warned that a shutdown of the rideshare app would happen in California until November unless Uber can get the legal go-ahead to continue classifying its drivers as independent contractors.

The Uber CEO also warned that even after November, the rideshare service would operate very differently in the Golden State; Khosrowshahi noted that Uber’s “much smaller service” would also be much costlier and less accessible for many California residents.

Will Uber Win the Appeal?

Many Americans believe that Uber is unlikely to appeal the mandate to classify their drivers as employees in California. Last year, the Golden State also passed legislation that negatively impacted freelancers, causing workers to lose their jobs.

We are committed to being an anti-racist company.

The same scenario appears to be playing out with rideshare in California. If Uber fails to win its appeal, then many rideshare drivers who depend upon Uber to earn income will have that taken away from them.

This seems to be something that California Democrats failed to consider in their rush to demand that rideshare drivers are deemed as employees, rather than as independent contractors.

Do you believe Uber should be mandated to classify their rideshare drivers as employees instead of independent contractors? Let us know in the comments section below!