Over the past several nights, rioters and looters have taken to the streets in America. These people called themselves fighting against “police brutality” while ironically employing some of the most brutal methods that go beyond peacefully protesting. 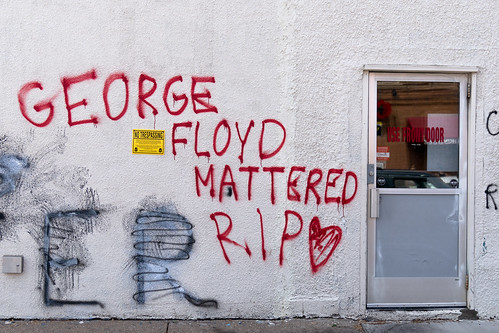 Furthermore, these rioters are backed by the Democrat Party which argues that such methods are necessary and justifiable; in the same breath, however, Democrats remain critical of small business owners who travel to State Capitols in peaceful protest against job-killing shutdowns.

Big tech is known for its liberal leanings and the violent demonstrations across the nation have only highlighted that. On Thursday, Twitter cavalierly described riots, looting, and the burning of a city as merely “heated protests,” documents sources.

Why Twitter Chose to Downplay Riots, Lootings, and Arson

Silicon Valley, an area that is home to much of big tech, is known for its liberal leanings. In light of Democrats’ decisions to justify and condone rioting, looting, and arson, it comes as no shock that one of the biggest left-wing machines is following suit. The description from Twitter arrived in one of the “Moments” section of their site and was written by an employee.

As Twitter downplays the gravity and danger of riots happening across America, they’re also censoring tweets from President Trump.

….These THUGS are dishonoring the memory of George Floyd, and I won’t let that happen. Just spoke to Governor Tim Walz and told him that the Military is with him all the way. Any difficulty and we will assume control but, when the looting starts, the shooting starts. Thank you!

Early Thursday morning, Trump condemned the arson and violence happening in Minneapolis, stating that he would send in the National Guard, if need be. This subsequently led to Twitter putting a warning label on the president’s tweets hours later, alleging that they “glorify” and call for violence.

What do you think about Twitter downplaying the severity of looting, arson, and riots while censoring President Trump? Sound off with your thoughts in the comments section below!