To say that President Trump has some of the most devoted and enthusiastic supporters would be a significant understatement.

Despite what the radical Democrats would have people believe, many Americans are thriving under the Trump presidency. Furthermore, folks across the nation feel relieved to finally have a president who speaks openly and honestly, rather than with rehearsed talking points. 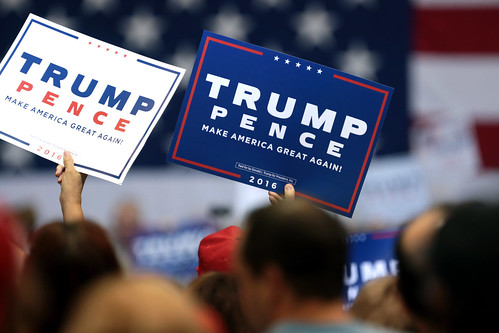 Tomorrow, June 20 at 8:00 PM EST will mark President Trump’s first rally since the coronavirus shutdowns and subsequent reopening of America. Sources document that Trump supporters began showing up outside of the Bank of Oklahoma (BOK) Center as early as two days ahead of time.

Why Are Supporters Arriving at the Rally So Early?

Since news of the rally broke, the mainstream media and left-wing have attempted to fearmonger and bully the rally out of happening. Some leftists even brought lawsuits to stop the rally, all to no avail.

Now, Trump supporters are eager to show that they stand with the president. Since the rally is expected to attract 100,000 individuals, supporters want to make sure they get spots in the venue before it quickly fills up. According to Trump supporters, these are just a couple of reasons why liberty-loving Americans are showing up 48 hours early.

Tulsa Mayor George Bynum didn’t much care for Trump supporters prematurely showing up for the president’s rally, however. Yesterday, the Republican mayor instated a curfew that began at 10:00 PM yesterday and shall maintain until 6:00 AM on Saturday morning.

In spite of the mayor’s aforementioned curfew, sources in Tulsa maintain that it’s not being upheld at this time. With that in mind, Tulsa police officers have warned that individuals who fail to adhere to the city’s curfew may face citations or arrests.

Are you surprised that the president’s supporters are showing up for his Tulsa rally days in advance? Let us know in the comments section below.