Over the course of President Trump’s time in the White House, Democrats have repeatedly accused him of racism.

These accusations come without evidence or merit; yet the left makes a habit of continuing to perpetuate false narratives. As many people have figured out by this point, false narratives are the only recourse for Democrats since they cannot credibly challenge the president’s record. 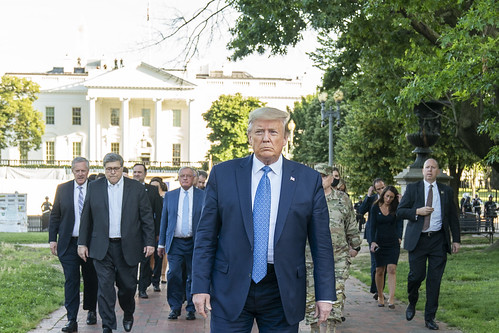 As the 2020 presidential election plays out, the left is doing all they can to fearmonger. They know that a candidate like Joe Biden doesn’t stand a chance against Trump; therefore, Democrats’ only hope is that their accusations of racism will stick if screamed loudly and often enough.

However, President Trump is pushing back against the false narratives against him. On Wednesday, the president defended his work since taking office, shining light on how his presidency has aided the black community, reports sources.

Trump on His Presidency and the Black Community

Yesterday morning, Trump stated via Twitter that his service to the black community in 3.5 years as president outweighs Joe Biden’s 43 years in politics. In so doing, Trump also pointed out the negative impact that Biden’s support of the 1994 crime bill had on the black community.

….the possible exception of another Republican President, the late, great, Abraham Lincoln…and it’s not even close. The Democrats know this, and so does the Fake News, but they refuse to write or say it because they are inherently corrupt! See “pinned” above.

Trump’s presidency has additionally led to millions of new jobs and a decline of illegal immigration, both of which positively influence the black community.

How do you believe that Trump’s time in the White House has impacted the black community in America? Let us know in the comments section down below!