In the past week alone, record amounts of Americans have risen up and said that enough is enough when it comes to shutdowns.

Elected officials insist on maintaining that lockdown orders are the best means of fighting COVID-19. However, the data and real-world consequences of shutdowns have proven that they are actually worse than the problem itself. 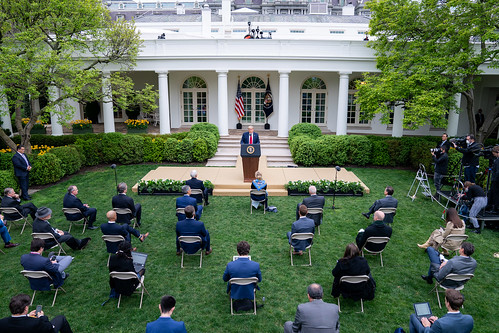 To date, more than 22 million Americans are without work. Furthermore, the Payment Protection Program ran out of funds last week, hence leaving countless small businesses without economic relief at a time where governments are barring them from making a living.

On Sunday, President Trump himself expressed support for freedom-fighting Americans who are resisting and calling for an end to tyrannical stay home orders.

Trump on the People Protesting Against Lockdown Orders

When speaking with a USA Today reporter, Trump fielded a question about whether his tweeted support for various state residents to “liberate” from Democrat governors could “incite violence.”

However, the president praised the character of the thousands of protesters who gathered to push back on restrictive shelter-in-place orders. Trump explained that protesters are “good people” who want their lives and jobs back. Furthermore, the 45th president lauded the record amounts of American flags that freedom fighters have chosen to take to protests across the country.

Finally came Trump’s statement that protesters “love our country” and want to return to their jobs and businesses. When the USA Today reporter questioned Trump about a supposed appearance of a Nazi flag at one of the protests, the president explained that he didn’t see any such flag.

Pennsylvania residents are set to gather and protest against their state’s lockdown orders this afternoon. Likewise, North Carolina will protest tomorrow at their State Capitol; then, on Friday, Georgia residents will follow suit at the Georgia State Capitol. 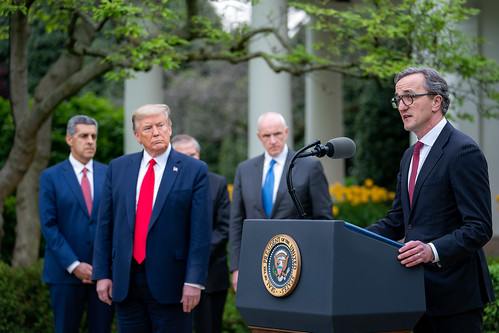 Protests against lockdowns are happening virtually every day. People are tired of watching their jobs, businesses, and livelihoods die over a virus that is mild 80% of the time. COVID-19’s 90%+ recovery rate and impact on such a small part of the population does not warrant plunging 22 million Americans into unemployment or eroding freedoms.

What do you think about President Trump’s assessment of freedom-fighting protesters? Let us know in the comments section below!