There are a series of policy factors that play a significant role in the 2020 presidential election. More often than not, these policies are often connected and aligned with one another.

As both President Trump and Joe Biden continue forward in the 2020 presidential election, the contrast between both candidates couldn’t be more apparent. 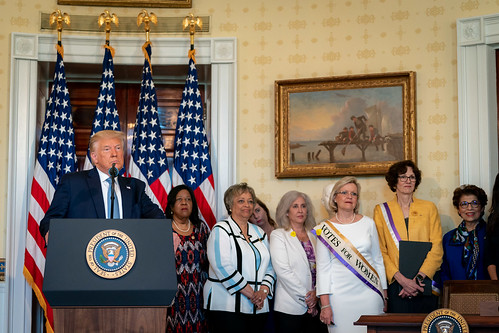 Yesterday, the 45th president continued campaigning on bedrock principles. According to Breitbart News, Trump’s work for a second term in office took him to Arizona.

What to Know About Trump’s Campaign Stop in Arizona

On Tuesday, President Trump spoke before supporters in Arizona as Air Force One and American flags flanked him. The president talked about the importance of legal immigration, keeping our nation’s borders secure, and upholding immigration laws that remain on the books.

Likewise, Trump also contrasted his stance on immigration with that of Biden’s. In doing so, the president pointed out that Biden has become increasingly more radical, backing policies that the general public would have rejected several years ago.

President @realDonaldTrump: “Under the Trump Administration, if you cross our border illegally, you are quickly apprehended and SWIFTLY returned back home.” pic.twitter.com/DhOYfOiBkk

During Trump’s time in Arizona, he also received the National Border Patrol Council union’s endorsement of his candidacy.

The Left’s Radical Turn on Immigration

Over the past several years, Democrats have embraced radically left immigration policies that even they used to oppose.

Back in the 90s, many Democrats supported legal immigration. Some were even quoted stating that illegally crossing the border doesn’t mean that one simply gets to stay.

Since President Trump kicked off his 2016 presidential campaign, Democrats have gone as far to the left as possible; many Americans believe that this is just an attempt to contrast with the president.

Now, with the 2020 presidential election well among us, Democrats remain committed to going as far as possible in the opposite direction of Trump. This is why the left is collectively supportive of giving free rein to illegal aliens and opening up our nation’s borders.

What do you think about President Trump’s stances on immigration and border security? Share your thoughts with us down below in the comments section.