Trump Confirms That America Will Not Shut Down Again

The shutdown of America in response to coronavirus has been one of the darkest moments in our nation’s history. Approximately 39 million people in this country are without jobs because of mass shutdowns. 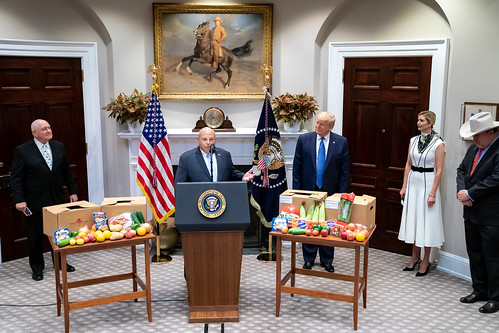 Many businesses have permanently closed their doors, making millions of lost jobs gone forever. These economic consequences will remain in our society for quite some time to come; furthermore, the mental health issues, job loss, and other crises engendered by shutdowns are much more dangerous and deadly than coronavirus, an infection that over 90% of impacted individuals recover from.

What’s happened with all this can never happen again. Thankfully, this is a sentiment shared by President Trump, as evidenced by remarks he made yesterday, confirms sources.

What to Know about POTUS’ Remarks on America

On Thursday, the president traveled to Michigan in order to tour a Ford factory responsible for the production of various ventilators. During his remarks in the Mitten State, Trump explained that while a second wave of COVID-19 is possible, shutting down the nation again will not be the solution or a repeated act.

“People say that’s a very distinct possibility. It's standard. And we're gonna put out the fires. We're not gonna close the country." pic.twitter.com/ZGCxdn6e5W

Instead, Trump confirmed that America will “put out the fires” without completely shuttering the nation and dooming tens of millions to unemployment. Much to the ire of lockdown enthusiasts, the president then acknowledged the “public health calamity” that endless shutdowns would engender.

Trump also noted the connection between economic health and the public health of Americans. This connection is one that Democrats have tried to deny multiple times, wrongly and flagrantly asserting that anyone who mentions the economy wants elderly or vulnerable people to die.

What do you think about the statements shared by President Trump in Michigan? Should America ever shut down again because of a virus that is moderate in 80% of all cases? Enlighten us in the comments section below!