The shakiness of Joe Biden’s mental and cognitive stability has been a recurring theme throughout this year’s election cycle. While the Democrats have tried to ignore Biden’s stammers, forgetfulness, and more, Americans bear witness to it time and time again.

This is precisely why President Trump’s re-election campaign is drawing attention to the former vice president’s continual slip-ups; they speak volumes about his lack of stability. Many Americans have already acknowledged that were Biden to weasel his way into the White House, he wouldn’t truly be the one calling the shots. 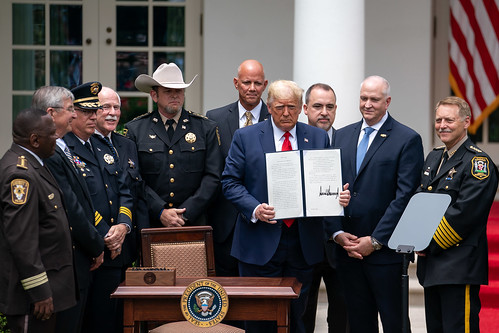 As noted by sources, the Trump 2020 campaign’s latest ad on Biden is titled “Fortitude.” The piece then goes on to note the plethora of instances in which the Democrat nominee has proven his lack of fortitude and strength.

What to Know About Biden’s Absent Fortitude

The ad kicks off with the narrator warning that Biden’s mental wellness is “slipping.”

Next comes various pieces of supporting evidence; this evidence includes the former vice president struggling to recite the Declaration of Independence, stammering through notes that are right in front of him, and even dozing off in public.

The narrator of the 30-second ad informs Americans that Biden is “diminished” before noting that the 2020 presidential election marks his third time seeking the presidency. Finally, before this blistering, yet strikingly accurate, ad comes to an end, it displays various media outlets that have pointed out Biden’s cognitive impairments.

This latest ad from the Trump campaign arrives after multiple attacks from Biden; these attacks have entailed unsubstantiated assertions about the president, coupled with Biden’s claims that he’s more fit than Trump to lead America.

No sane, clear-thinking individual believes that for a second.

What did you think of the Trump 2020 campaign’s ad against Joe Biden? Where would you rank Biden’s fortitude on a scale from one to ten? Give us your take in the comments section below!