When the GOP nominee and Democrat nominee go up against each another one-on-one, this gives the American people insight. Folks across the nation are able to see how candidates deal with pressure, challenges, and whether or not they have the propensity to fight back. 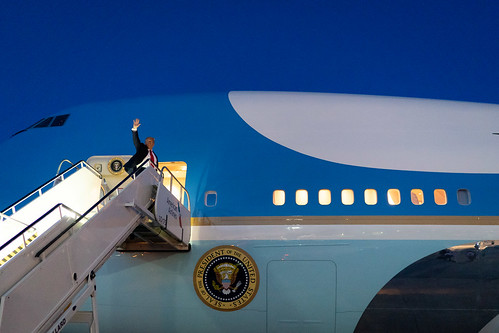 To date, many people across the nation are eagerly awaiting the general election debates between President Trump and Joe Biden. What’s more is that progressives and conservatives alike know that Biden will get wiped out in a face-to-face, one-on-one debate against the president.

However, this didn’t stop Joe Biden’s campaign from agreeing to three debates with Trump, reports sources.

What to Know About the Forthcoming 2020 General Election Debates

In a written letter to the Commission on Presidential Debates, Biden’s campaign manager professed that her employer will partake in three, separate debates against President Trump.

We can overcome four years of Donald Trump. But if we give him eight years in the White House, he will forever alter the character of our nation.

We can't stand by and let that happen.

Throughout this letter were mischaracterizations and disinformation about the president, however; some examples of such include claims of Trump wanting a biased moderator, allegations of so-called “failed leadership,” and the implication that the president may actually be afraid to debate Biden.

After learning of the letter that was riddled with so many falsehoods, Trump’s re-election campaign fired back. Trump 2020 communications director Tim Murtaugh rightfully noted that Biden’s team is horrified of him speaking in an open format without a script to read and follow.

.@JoeBiden’s handlers are afraid to send their candidate out without a script & teleprompter.

Murtaugh also didn’t waste any time pointing out how general election debates will highlight the contrast between Trump and Biden. While the president has a history of successfully getting things done, Biden remains plagued with a questionable record and tendencies to forget his thoughts as he’s trying to articulate them.

Who do you think will win in the upcoming general election debates between President Trump and Joe Biden? Fill us in down below in the comments section.