Thursday marked the fourth and final night of the 2020 Republican National Convention.

Last night’s convention featured many great speakers. From Ivanka Trump to Alice Marie Johnson, Rudy Giuliani, and others, Americans had no shortage of conservatives to hear and listen to. 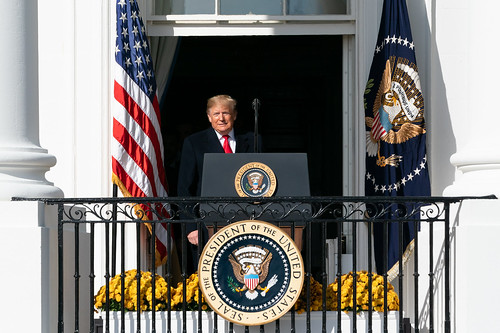 Towards the end of the GOP National Convention, President Trump took the stage in the White House South Lawn. After an introduction from Ivanka Trump, the president formally delivered an acceptance speech of his re-nomination.

Trump’s speech lasted for over one hour, covering a series of issues and pointers, as noted by Breitbart News.

What to Know About President Trump’s RNC Acceptance Speech

Last night, the 45th president stood before the nation, speaking about his policies, his work to take on the political establishment, the danger of electing Joe Biden, and the case for four more years in the White House.

Trump explained that throughout his first term, he’s kept his promises to the American people. These promises entail lowering the prices of prescription drugs, decreasing taxes for individuals and businesses, bringing millions of new jobs to the workforce, and more.

The president also noted that during his time in the White House, criminal justice reform has been given a platform, among other things.

The president’s speech lasted for about one hour and ten minutes. Before wrapping things up, he also slammed Joe Biden and the Democrat Party for their extremism. Trump explained that Biden would not work on behalf of the American people, but rather for the radical leftists who control him.

The president’s speech was very well-received by the many conservatives, Republicans, and supporters who wish to see him re-elected for another four years. Speakers at the GOP National Convention’s fourth night also referenced the president many times, championing his policies and re-election.

Democrats and Biden didn’t even mention the Anarchists, Agitators, Looters and so called “Peaceful Protesters” at their Convention. They will allow rampant crime, just as they do in Portland. If they ask us, as they must do, we will end crime in their Democrat run cities, FAST!

During the time of the president’s acceptance speech at the Republican National Convention, anti-Trump protesters demonstrated outside of the White House. While these protesters attempted to drown out the president’s address with noise of their own, this endeavor only rendered failure.

Americans heard the words and message of President Trump, loudly and clearly.

What did you think about President Trump’s acceptance speech at the Republican National Convention last night? Will you be voting for four more years? Let us know in the comments section below!