Over the past few years, many Americans have jumped on board the TikTok train. In a nutshell, TikTok is a social media platform where users can set up accounts and post quirky, short, little videos; more often than not, these videos are meant to be funny or garner attention. 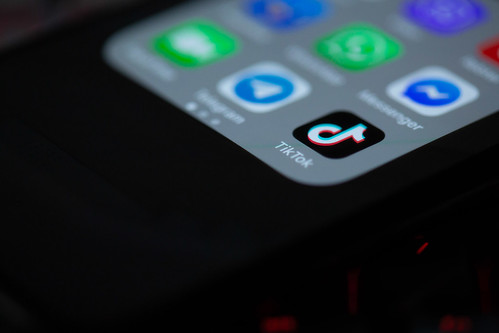 In 2020, concerns about TikTok have come up. More specifically, TikTok’s connection to the Chinese government raised questions about its safety in the United States of America. After all, when U.S. citizens download the app and create accounts, they’re automatically agreeing to very specific user terms and conditions.

Other countries in the world have banned TikTok; on Friday night, President Trump confirmed that he will, in fact, ban TikTok from the United States, according to Breitbart News.

What to Know About the Ban of TikTok from America

According to the president, he will ban TikTok either via executive order or emergency economic powers. Trump shared this update with members of the press while traveling on Air Force One.

The ban of TikTok did not arrive out of the blue. Last month, both President Trump and Secretary of State Mike Pompeo warned that booting TikTok from operating in America was on the table.

Furthermore, Pompeo actually discouraged Americans from using the app, stating that even downloading TikTok was as good as handing over personal information to the Chinese government.

Sec. Pompeo when asked if the Administration has considered banning TikTok: “We’re certainly looking at it.” pic.twitter.com/N9NmbDOka0

TikTok’s prohibition also arrives after multiple U.S. legislators articulated concerns about the safety of the app. To be precise, these concerns regard TikTok’s privacy and intelligence as it pertains to ownership.

While TikTok has come out and claimed that they don’t and wouldn’t share Americans’ information with the Chinese government, not everyone is convinced.

Reactions to the Ban of TikTok from America

On Saturday morning, “TikTok” trended on social media with many Americans — presumably users of the app — expressing disappointment about its demise.

Learn how to tell the difference between a neutral fact and a biased opinion. #TikTokTips pic.twitter.com/nHuMdcyIxH

Some critics of the president suggested that a ban on TikTok infringes upon the free speech rights of Americans. Other Trump detractors are floating around theories that the president’s true motivation for axing TikTok has to do with the 2020 presidential election.

Despite both positive and negative reactions, TikTok is on its way out of the United States.

What do you think about President Trump’s decision to ban TikTok from America? How do you think fans and users of the app will cope with this move? Share your thoughts with us down below in the comments section.