2020 Democrat Joe Biden continues to take heat for not only his behavior on the campaign trail, but also for his politics.

Although Biden’s political team repeatedly tries to brand him as a moderate Democrat with crossover appeal, many Americans don’t see it this way. As a matter of fact, conservatives predicted months ago that the former vice president would eventually shift further to the left to appease the more progressive Democrats. 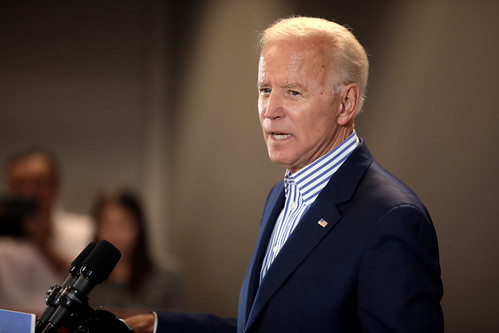 The nation is now seeing that as more and more of Biden’s plans become public knowledge and available for scrutiny. One of the former vice president’s policy plans is to completely do away with suburban communities, should he win in November, confirms Breitbart News.

Why Biden Wants Suburban Communities on the Chopping Block

In a nutshell, the former vice president’s plan involves compelling every community across the nation to integrate low-income homes everywhere; Biden’s plan would also notably eliminate zoning and turn over unprecedented amounts of power to the federal government.

Some of this power would give the federal government a final say on how communities are operated, the way homes are built, and how Americans want to live.

I have no illusion about how tough the road ahead is. But I’m optimistic for one reason above all others: I know the history and the heart of this country.

Given a chance, ordinary Americans can do extraordinary things. pic.twitter.com/448jA7xlY3

Needless to say, many Americans are not happy about this radical part of Biden’s plans for the nation. News of suburban communities being axed in this way arrives after the former vice president’s claims that he will “transform” the United States if President Trump loses in November.

The policy described above has also drawn criticism from conservative commentators, such as Fox News host Tucker Carlson. Last week, Carlson described Biden’s plan as “affirmatively furthering fair housing.” He also noted that due to the cleanliness and nice nature of suburbs, Biden views these communities as inherently “racist.”

Democrats routinely take criticism for the far-left and radical nature of their policies. As Biden’s policies are released, Americans should note that many of these proposals are part of the Biden-Sanders Unity Task Force Recommendations.

I see a different America than President Trump. One that, despite all our flaws and shortcomings and failings, is still after more than two centuries dedicated to equality, liberty, human dignity, and justice.

I know we can reach our highest ideals — together.

Unlike Biden, Bernie Sanders has never attempted to brand himself as a moderate. While Sanders is no longer seeking office, many of the socialist’s ideas and proposals are on the ballot under Biden; the latter’s attempt to market himself as moderate simply doesn’t erase the thinly-veiled socialism lying beneath the surface.

What do you think about Joe Biden’s plan to do away with suburban communities? Let us know down below in the comments section.