Earlier this month, 2020 Democrat Joe Biden officially won enough delegates to become the Democrat Party’s nominee. This was expected; although, some people wondered about how much time Biden would need to become the nominee since Bernie Sanders’ name is still on the ballot.

Nevertheless, Democrat voters have collectively rallied behind Biden and chosen him to be their champion. This means that Biden will face off against President Trump in the 2020 general election; however, Biden still needs a running mate by his side. 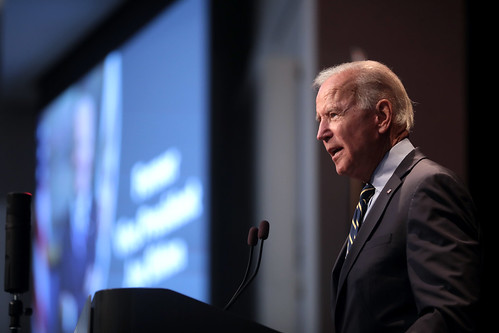 With multiple names being considered, failed Georgia gubernatorial candidate Stacey Abrams has made her interest in being Biden’s running mate abundantly clear. However, it does not appear as though the former vice president shares this interest, explains sources.

What Are the Odds of a Biden/Abrams 2020 Ticket?

Earlier this week, Abrams sat down for an interview with The Late Show.

During this time, host Stephen Colbert asked the unsuccessful Georgia gubernatorial candidate about her odds of being Biden’s running mate. To be precise, Colbert noted claims that Abrams is allegedly being considered for the position.

Abrams’ response to the show host turned out to be quite telling. She explained that she has “not received any call,” yet looks forward to hearing from those who claim she’s under consideration to be Biden’s running mate.

Sources in and around the ⁦@JoeBiden ⁦camp contend @staceyabrams and other women had the virtual meeting w/Biden campaign co-chairs. The vetting process is underway for the number two on the Biden ticket. ⁦@StephenAtHome⁩ ⁦@colbertlateshow⁩ pic.twitter.com/4ZHYDwPDlJ

When Colbert followed up and asked why Abrams chose not to “demur” when asked about the possibility of running with Biden, she gave a telling answer. The failed gubernatorial candidate professed that ever since growing up as a “young black girl in Mississippi,” she learned to speak up for herself.

Abrams then admitted that she is not “what people usually look like” when they are being weighed as potential vice presidential candidates. 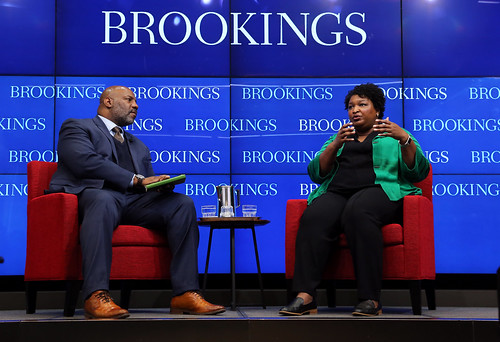 Why do you think the Biden camp has yet to give Stacey Abrams a call? Do you believe that she will ultimately be chosen as his running mate for the 2020 presidential election? Sound off with your thoughts in the comments section below!