In today’s world, law enforcement is under siege like never before.

The American left has chosen to declare war on police in various fashions; calls to abolish police, mayors’ and governors’ decisions to withdraw funding from police departments, etc., are setting a very negative tone in the nation and plunging police morale. 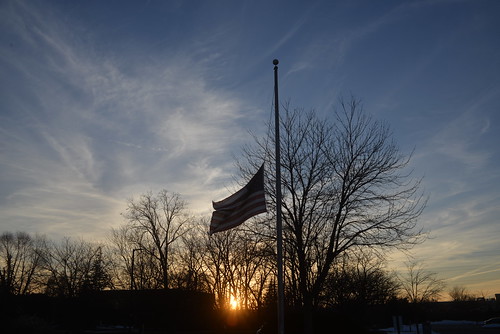 Thankfully, however, there are still many Americans who value and respect the work of the law enforcement community. A fair amount of those Americans happen to be in South Dakota; this is why residents of the state gathered on Saturday in order to express their support for police officers.

According to Breitbart News, the rally to “Back the Blue” in South Dakota turned out to be nothing less than a smashing success.

A Closer Look at South Dakota’s Back the Blue Rally

In addition to these displays of support, peaceful demonstrators in Sioux Falls also kicked off a fundraiser for buying necessities wanted by the Sioux Falls police community.

The Sioux Falls Area Back the Blue Rally started just about 17 minutes ago. Sidewalks along Minnesota Ave. by the Law Enforcement Center are filled with people showing support. Hear from them tonight on @keloland. #KELONews pic.twitter.com/w9MWDc8PEA

Individuals who joined the rally also didn’t hesitate in explaining the reasons behind their attendance and support for police.

One participant noted the reality of law enforcement members being within her family and network of friends; all in all, the prevailing theme at Saturday’s Back the Blue rally was that police are worthy of respect and appreciation.

Amid national insanity following coronavirus, South Dakota has stood out in many positive ways.

We need more optimism in this country. There's too much negativity right now.

We're in a good spot in our fight against #COVID19. We've learned how to better treat this virus. So let's be optimistic and set a better tone for our children. pic.twitter.com/TSqGmU11gT

The South Dakota governor has also consistently maintained that sharing information with citizens and then allowing them to make their own healthcare decisions is crucial. Furthermore, South Dakota has held several large events over the past few months while the state and its people continue to thrive.

Conservatives have largely praised Governor Noem, citing her leadership as a blueprint that other governors across the nation would do well to follow.

What do you think about Saturday’s Back the Blue rally in South Dakota? Are you pleased with Governor Noem’s leadership since the coronavirus arrived? Share your takes with us in the comments section below!