For a considerable majority of 2020, Americans have watched riots carried out by leftist activists such as Black Lives Matter and Antifa.

To date, several cities across the United States are looking at tens of millions of dollars in damages. As the violence escalates, President Trump and the Department of Homeland Security (DHS) continue calling upon Democrat leaders to get their localities and states in order; thus far, this has yet to happen. 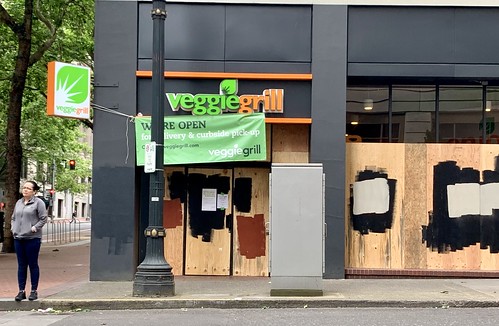 Political violence in different parts of the nation has already claimed several lives. In the wake of this, Democrat leaders are under new pressure to condemn all perpetrators of riots, regardless of which side of the aisle they’re on.

This is something that Oregon Governor Kate Brown (D) realized when reporters challenged her refusal to condemn violent Antifa demonstrators, confirms Breitbart News.

Reviewing the Exchange Between Gov. Brown and Media Reporters

On Friday, the Oregon governor engaged in a press conference; suffice it to say, much of her remarks centered around the violence happening in Portland.

Tune in at 11am for my press conference on Oregon's efforts to stop the spread of COVID-19, the ongoing protests in Portland, and Labor Day weekend health and safety: https://t.co/7Yf2cnFJql

To the interest of many Americans, the media actually didn’t let Brown off the hook. During her press conference, a reporter questioned why the Oregon governor refuses to condemn Antifa and additional “bad actors” in the way that she’s called out who she views as conservative agitators.

Refusal to Mention Antifa by Name

Brown, of course, did not provide a straight answer. Instead, the Democrat governor of Oregon merely declared her interest in improving the state’s condition by “eradicating racism.” The reporter doubled down, though, asking Brown whether or not she has any plans to “address issues with Antifa as well.”

The Oregon governor simply stated that her team shall “work with the community” to end arson, property destruction, and “person-to-person violence.” At no point did she specifically name or censure Antifa, however.

We must keep the focus on working together for greater racial justice in Oregon, and all across our country. I'm proud of the progress we've made in our state with these steps – and there is still much more that we will work to accomplish. pic.twitter.com/vbO7ySWvAG

Governor Brown is far from the first Democrat to refuse to call out the violent and destructive actions perpetrated by Antifa. Earlier this year, when House Speaker Nancy Pelosi was asked about Antifa and other leftists tearing down statues, she simply professed, “people will do what they do.”

Are you surprised that the media challenged the Oregon governor on her refusal to condemn Antifa? Let us know your thoughts down below in the comments section.