The movement to defund law enforcement in America continues to be revealed as dangerous and counterproductive. Without police, many innocent and good people would quickly find themselves at the mercy of vicious psychopaths.

As the radical left-wing makes no bones about vocalizing their hatred for police, matters are only getting worse. Law enforcement officers are beginning to step down from their positions as the public crucifies them for merely existing. 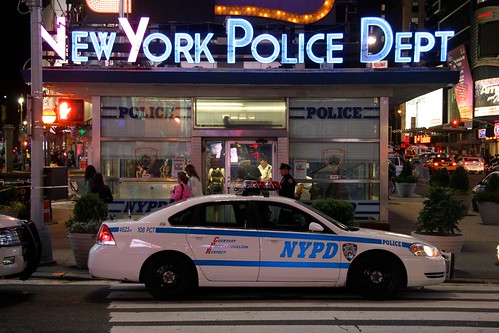 This manner of crucifixion goes beyond words, however. Sources confirm that three New York City police officers were poisoned yesterday with bleach inside their drinks at a local Shake Shack.

The aforementioned incident occurred as multiple rioters and violent demonstrators have ongoingly called for the deaths of law enforcement members.

What to Know About the Poisoning of NY Police Officers

While overseeing a protest in New York City, three police officers decided to order food and drinks from a nearby Shake Shack. During the course of this time, at least one or more Shack Shack employees took it upon themselves to put bleach inside of the officers’ drinks.

At Bellevue Hospital, checking in on the police officers whose drinks were apparently poisoned at a lower Manhattan Shake Shack tonight. Also stopping by the scene to update the media. pic.twitter.com/D1sjHx8IsM

As of Monday evening, none of the poisoned police officers died; however, they are healing from the injuries at a New York hospital. At this time, a police investigation remains in progress to directly find the responsible individual(s).

🚨URGENT SAFETY MESSAGE🚨
Tonight, three of our fellow officers were intentionally poisoned by one or more workers at the Shake Shack at 200 Broadway in Manhattan. Fortunately, they were not seriously harmed. Please see the safety alert⤵️ https://t.co/D8Lywivhdu

Following breaking news of this attack against officers, Shake Shack issued a statement via Twitter. In this statement, Shake Shack professed their “horror” about what happened and noted their support in helping police investigate the matter.

This story is still breaking. New developments will likely arrive in the days and weeks ahead.

Are you surprised to learn that three police officers were intentionally poisoned yesterday? How long do you think it will take to find the responsible individual(s)? Let us know down below in the comments section.