Joe Biden is running out of places to hide. For several weeks now, the presumptive Democrat nominee has managed to duck from the sexual assault allegations that Tara Reade, his former Senate staffer, came forward with in March.

Despite Reade’s troubling account that Biden forced himself on her in 1993 and digitally penetrated her with his fingers, the Democrat establishment has still rallied behind Biden. Hillary Clinton, Barack Obama, Nancy Pelosi, and others have come forward since Reade’s claims; these people endorsed the former vice president’s 2020 candidacy, lauding his character and political experience. 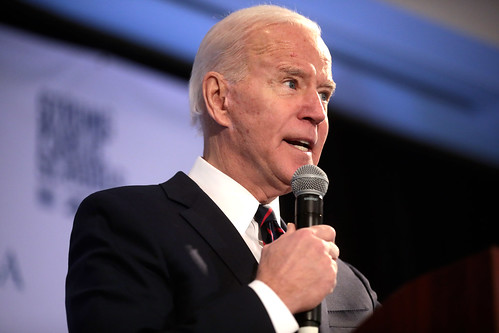 The buck stops here, though. While the media has largely avoided asking Biden about Reade’s claims, Planned Parenthood is taking a new approach. New developments confirm that Planned Parenthood isn’t content with allowing the presumptive Democrat nominee to hide behind his campaign anymore.

On Thursday, Planned Parenthood issued a statement via Alexis Johnson, the acting president of the PP Action Fund.

In this statement, Johnson professed that Planned Parenthood “[believes] women” and holds firm to the belief that survivors of sexual assault deserve to be heard. The statement then continued by asserting that Planned Parenthood’s belief in hearing out women and survivors is not swayed by political affiliation, race, gender, socioeconomic status, or sexual orientation.

At @PPact, we believe survivors—and saying we believe survivors doesn't mean only when it's politically convenient. Our country is hungry for leadership on this issue & now is the time to give it to them. @JoeBiden must address this allegation directly. https://t.co/4qj6mzSIUL

Finally, Planned Parenthood’s statement concluded with the declaration that Biden is obligated to “address this allegation directly.”

Planned Parenthood has joined a growing list of people — from Reade herself to Washington Post — that believe these rape allegations are worthy of a direct response. Thus far, the former vice president continues to hide behind his 2020 presidential campaign and maintain silence.

As a Democrat seeking office, it would be politically advantageous for Biden to have the support of an organization like Planned Parenthood. However, if the presumptive Democrat nominee declines to directly address Reade’s claims, Planned Parenthood may very well not support his campaign.

Are you surprised that Planned Parenthood wants Joe Biden to directly address the allegations from Tara Reade? Sound off in the comments section below!