There appears to be no designated end in sight for various shutdowns implemented by Democrat governors; while certain leftist leaders have lifted parts of their lockdowns, others have eagerly reinstated them at the first chance.

To say that the American people aren’t happy about these mass shutdowns is a notable understatement. Thanks to lockdowns, many businesses are gone for good. 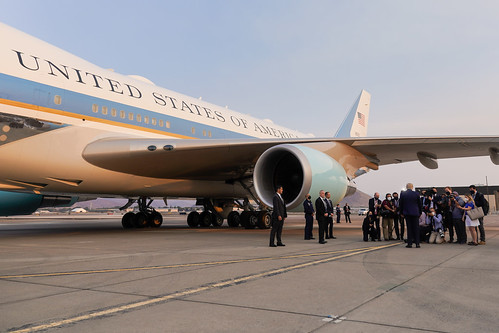 This means that countless Americans won’t be rehired to places they may have devoted years and years to; meanwhile, national economists continue to suggest that even more layoffs and business closures are coming.

Despite the manners in which shutdowns are uprooting Americans’ lives, there may, in fact, be some light at the end of the tunnel. In a major turn of events, sources confirm a federal judge’s ruling that Pennsylvania Governor Tom Wolf’s (D) shutdown is unconstitutional.

A Closer Look at the Ruling Against Gov. Wolf’s Lockdown

Judge William Stickman IV delivered the ruling against the Pennsylvania governor’s ongoing lockdown on Monday. Stickman stated that despite the presence of emergencies that shall arise in various instances, these emergencies do not erode the importance of “individual liberty.”

The text from his ruling is the most American thing I've ever seen: pic.twitter.com/4dxdcjmHhG

Likewise, the federal judge determined that both Wolf and Rachel Levine, Pennsylvania’s Secretary of Health, breached First Amendment and 14th Amendment rights. Stickman then made sure to note in his ruling that COVID-19 does not bestow the government with “unfettered” powers.

The verdict against the Democrat governor’s shutdown comes after a lawsuit from several Pennsylvania counties, businesses, business owners, and state representatives.

The Beginning of an End to Lockdowns?

The ruling from Judge William Stickman IV is already recieving accolades from conservatives and others who take issue with ceaseless lockdowns. Many Americans who lean to the right of the political spectrum are hoping that the downfall of Governor Wolf’s lockdown will spread across the nation.

Virtually all of them were unconstitutional – governors made mandates that they said carried the rule of law without a legislative vote. Governors do not have the constitutional authority to make law.

Republicans across the nation continue drawing attention to the need to get back to work. While the left claims that a return to work is just too risky, these risks seem to vanish when Pelosi wants to get her hair blown out or when the New York governor decides not to wear a face mask.

Americans are tired of the lockdowns. Many conservatives are also praising the fact that Stickman is a Trump appointee.

Are you glad that the Pennsylvania governor’s lockdown was deemed as unconstitutional? Is this the beginning of an end to lockdowns? Let us know in the comments section below!