Wednesday night marked the third segment of the GOP National Convention. Last night’s theme centered around the nation as the “Land of Heroes.” Speakers to address the nation included Kayleigh McEnany, Kristi Noem, Lara Trump, Mike Pence, and several others. 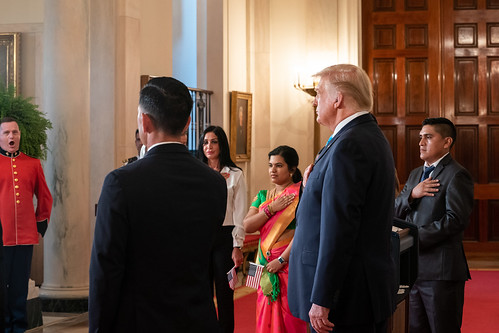 On the third night of the Republican National Convention, the vice president formally accepted his re-nomination from the GOP. In doing so, Pence also took the fight to Joe Biden.

Breitbart News confirms the extent to which Pence held Biden’s feet to the fire and called out his rhetoric, policies, and history.

Pence called out Biden and the Democratic National Convention for repeatedly attacking President Trump. The vice president then explained that Biden’s track record in politics, ties to China, and interest in bringing socialism to the United States makes him unqualified to serve as president.

With gratitude for the confidence President Donald Trump has placed in me, the support of our Republican Party, and the grace of God, I humbly accept your nomination to run and serve as Vice President of the United States! 🇺🇸 pic.twitter.com/pRRxoGgjET

Furthermore, Pence also talked about President Trump. The vice president pointed out that the president can rebuild the country’s economy; this comes in addition to Trump’s ability to bring energy, determination, and independence to the White House along with preserving law and order, free and fair trade, and American greatness.

Before concluding his speech, Pence reminded the nation that re-election the president for a second term in office will ensure the success and greatness of America.

The vice president earned accolades from Republicans and conservatives across the nation. Right-leaning Americans resonated with the remarks from Pence; many on the right also took to social media to laud the vice president and the content of his remarks.

Left-leaning Americans and those who oppose the Trump administration took a very different approach to the vice president’s speech. However, this is to be expected; during every night of the GOP National Convention, left-wingers and Democrats have slammed the speakers and messages shared.

Tonight will mark the fourth and final segment of the Republican National Convention. Americans will get to see a new bunch of conservative speakers address the country while advocating for a second term of President Trump in the White House.

Did you watch the Republican National Convention last night? What did you think of the speech shared by Vice President Mike Pence? Be sure to let us know your thoughts and feedback in the comments section below!