To say that Democrats are fearful of losing the 2020 presidential election would be a significant understatement. The left never expected to lose 2016; as a matter of fact, they arrogantly believed that they had the election in the bag. Little did they see the Trump victory that awaited them.

Now, with another election season here, Democrats are more eager than ever to regain power. This is why they’re pulling out all the stops; leftists will say and do anything if they think it will contribute to making Trump a one-term president. 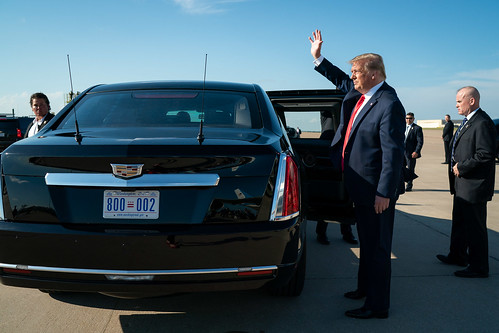 Yesterday, Speaker of the House Nancy Pelosi made a series of absurd statements about the congressional and presidential elections. In short, the Speaker predicted that a massive blue wave and back-to-back Democrat victories await the nation, notes sources.

Why Does Pelosi Think a Blue Wave is Coming?

On Tuesday, Pelosi interviewed with CBS Radio. During her remarks, she stated that Trump’s 2020 campaign will center on “fear and dishonesty.”

Then, Pelosi alleged that Trump is “in trouble” because of how he’s interacted with China. Apparently, the House Speaker believes that the president is OK with individuals being forced into concentration camps for the sake of political negotiations with the Chinese government. Yesterday isn’t the first time that Pelosi has made off-the-cuff and astoundingly untrue remarks about the president, though.

President Trump’s admission that he is looking the other way and enabling China’s brutal repression of the Uyghur people and other Muslim minorities in order to ink a trade deal is appalling. https://t.co/HG75qYPf6E

After accusing Trump of “projecting,” Pelosi then professed that Democrats will maintain power in the House of Representatives while gaining power in the Senate and electing Joe Biden as president. Branding Trump’s presidency as the “great American nightmare,” the Speaker claimed that it will come to an end when November arrives.

What do you make of Nancy Pelosi’s accusations against Trump and claims of a sweeping blue wave to come? Let us know your thoughts down below in the comments section.