Pelosi Lectures Trump on “Science” While Failing to Follow It Herself

As the nation gradually transitions from shutdown mode to reopening, the hypocrisy of the left is on full display yet again.

For weeks, health officials, Democrats, and others professed that no one should gather in large groups. Branding such gatherings as dangerous, the health community asserted that social distancing was necessary to avoid coronavirus transmission. 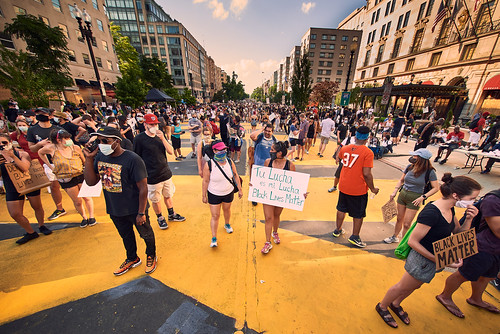 Yet, somehow, this all went away when Black Lives Matter and other far-leftists chose to riot and protest in the streets. They were even joined by Democrat leaders like Nancy Pelosi, Gretchen Whitmer, and Elizabeth Warren. All of a sudden, gatherings without six feet’s distance stopped being dangerous when they promoted a narrative that helped the left.

However, now that George Floyd riots and Black Lives Matter demonstrations are dying down, the left is back to claiming that “the science” says no large gatherings, confirms sources.

The Far Left Fake News Media, which had no Covid problem with the Rioters & Looters destroying Democrat run cities, is trying to Covid Shame us on our big Rallies. Won’t work!

Despite failing to adhere to their own advice, the left is now  doing all they can to stop Trump from holding his planning rally in Tulsa, Oklahoma this Saturday.

The Political Convenience of “The Science”

On Tuesday, House Speaker Nancy Pelosi engaged in an interview with MSNBC. During this time, Pelosi asserted that Trump ought to adhere to “the science” and not have large gatherings. Funny that the Speaker took a very different approach towards “the science” when she herself joined George Floyd protesters.

Pelosi then went on to claim that the president “failed miserably” when it comes to testing for COVID-19 in America. This simply is not true. As a matter of fact, the United States is one of the leading nations in terms of access to testing for the coronavirus.

Our testing is so much bigger and more advanced than any other country (we have done a great job on this!) that it shows more cases. Without testing, or weak testing, we would be showing almost no cases. Testing is a double edged sword – Makes us look bad, but good to have!!!

Here’s the bottom line: for as much as Democrats pretend to be the heralds of “the science,” they’re just hypocrites. If they truly felt this strongly, they wouldn’t have supported, excused, and even joined the large gatherings in response to George Floyd’s death.

What do you think about the Democrats’ double standards regarding “the science?” Let us know in the comments section below!