For months now, Democrats have repeatedly asserted that coronavirus restrictions are necessary.

When small business owners take to the streets to protest against government-imposed shutdowns and mask mandates, the left brands these individuals as dangerous; however, when violent rioters smash building windows and set objects ablaze, Democrats call it peaceful protesting. 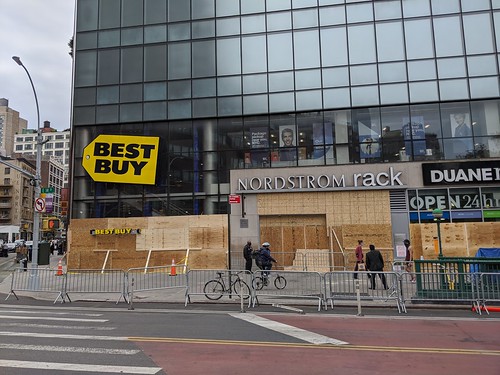 On multiple occasions, Democrats have been caught failing to adhere to their own restrictions. New York Governor Andrew Cuomo was recently sighted without a mask; this occurred despite his repeated calls for a nationwide face mask mandate and incessantly repetitive tweets supporting mandatory masking.

A similar story rings true for Michigan Governor Gretchen Whitmer who has attended large gatherings, despite banning residents of her state from doing so. Now, House Speaker Nancy Pelosi is under fire for getting her hair done at a closed salon while not wearing a face mask, reports Fox News.

On Monday, the House Speaker decided that her need for a professional hairwash and blow-dry outweighed the COVID-19 restrictions that she has repeatedly championed. Footage shows Pelosi in the shut-down California hair salon with wet hair and no face covering.

On the left: Nancy Pelosi today shaming Americans, saying "you must wear your mask."

On the right: Nancy Pelosi yesterday violating covid rules for salons and not wearing a mask. https://t.co/vUfa9fsCsT pic.twitter.com/aUveM3Fn9m

Like other Democrats, the House Speaker has repeatedly maintained that Americans must wear masks. Furthermore, she’s urged the nation to adhere to “the scientists” and follow laid-out guidelines; apparently, however, this is not applicable to Pelosi when she needs her hair done.

Reactions from the Salon Owner

The owner of the California hair salon where Pelosi went in spite of shutdown rules is not happy about the House Speaker’s decision.

Erica Kious informed Fox News that Pelosi’s decision to enter the salon (and without a face mask, despite California mandatory mask edict) is a “slap in the face” to Americans who can’t work or frequent certain businesses.

Kious questioned why Pelosi thinks she had a right to enter when other customers are not allowed to do so. The House Speaker’s visit ironically happened one day before the salon would have been approved to style hair outdoors.

Tucker blasts @SpeakerPelosi for getting her hair done at a hair salon that was forced to close and not wearing a mask despite criticizing others for not wearing masks pic.twitter.com/bJ47ZPTfRm

Ultimately, the California salon owner stated that Pelosi’s actions are “disturbing,” due to her role as a leader and the fact that many people are expected to look up to her. Kious also noted her own struggles, explaining that shutdowns have hurt her income and clientele, as many California residents flee the state.

What do you think about Nancy Pelosi flouting the mask mandates and shutdowns that she has repeatedly championed? Be sure to let us know in the comments section below!