Stay-at-home orders continue to fall one by one as the American people stand up and say that enough is enough.

Governors who maintain their insistence upon extending their orders are facing massive protests and increasing numbers of lawsuits. Americans are done having our rights infringed upon. For months, everyone has been told that staying home is designed to flatten the curve of coronavirus. 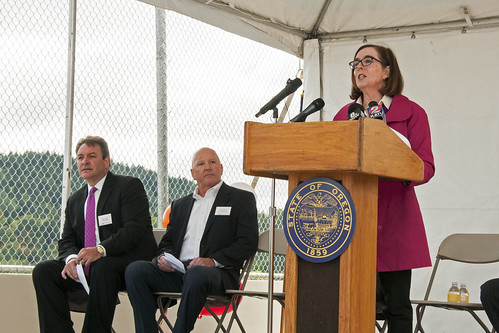 The curve has flattened. It is time to reopen America. Elected officials who don’t understand that will have to learn the hard way, as Oregon Gov. Kate Brown (D) did yesterday, reports sources.

Due to the Oregon governor’s failure to get legislative approval for her COVID-19 stay-at-home order, Judge Matthew Shirtcliff declared her order “null and void” on Monday.

Much to the chagrin of the governor, Oregonians are now permitted to leave their homes and engage in activities, even if these activities are deemed “non-essential” by the government.

The end of Gov. Brown’s stay-at-home order was ultimately enabled by a lawsuit that stood against her. Siding with the plaintiffs in the suit, Judge Shirtcliff determined that approval from the Oregon State Legislature would be necessary for Brown to have emergency powers lasting beyond four weeks.

A Victory for Reopening America

Yesterday’s ruling in Oregon is a significant victory for Americans who have been fighting to get America reopened for business. Governors cannot be allowed to endlessly extend shutdowns as Americans suffer.

The science behind my executive orders hasn’t changed: today’s ruling from the Baker County Circuit Court will be appealed to the Oregon Supreme Court within hours to keep my emergency orders in effect, ensuring we can continue to safeguard the health of all Oregonians.

The original goals of flattening the COVID-19 infection curve and not overwhelming hospitals have been met; as a matter of fact, the coronavirus curve is so flat that hospitals are laying off healthcare people because there isn’t enough work for them.

The defeat of Gov. Kate Brown’s stay-at-home order should be a lesson to her counterparts in other states that are considering extending their own lockdowns.

Do you consider yesterday’s ruling a win for Oregon residents? Are you glad that freedom prevailed over tyranny? Sound off in the comments section below!