Face masks mandates are continuing to pop up across the nation. The issues with masks remain highly contentious and emotional, especially as the country debates on whether or not to reopen schools this fall.

Some people in America are all for masks, but many are not. Then, there are those who lie in the middle; these folks are OK with wearing masks in some places and settings, but they’re not comfortable with the government policing and regulating face coverings. 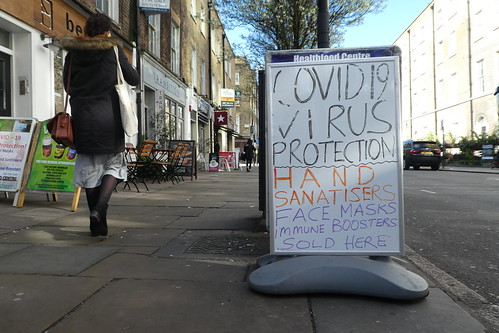 As time goes on, increasing amounts of individuals are refusing to abide by or enforce face mask mandates that are issued by governors and other leaders. Earlier this week, Texas sheriffs in nine different counties announced their unwillingness to enforce Governor Abbott’s face mask “requirement.”

Now, a sheriff in Ohio is also stating that he will not be upholding the face mask mandate issued by Governor Mike Dewine, per sources.

Richard Jones, the police sheriff of Butler County, Ohio, made himself very clear. While participating in an interview with CNN, Jones articulated that he would not be upholding the face mask mandate.

Ultimately, the Butler County sheriff explained that residents should not call 911 to report individuals without face masks. Jones also noted that he refuses to act as the “mask police.”

Today, I am announcing that @OHDeptofHealth will issue an order, effective 6:00 pm tomorrow, that will mandate wearing of face coverings in public in all counties that are designated Red Level 3 Public Health Emergency Alert. pic.twitter.com/cqbMqmajJ2

This arrived before Jones informing listeners that “all the police” in Ohio have faced layoffs and reduced budgets. Therefore, Ohioans should not expect the Butler County sheriff to enforce DeWine’s executive order on masks.

On Tuesday, the Ohio governor signed an executive order that state residents wear face masks in seven different counties. Thus far, DeWine has not publicly responded to the statements from the Butler County police sheriff.

Resistance against face mask mandates is on the rise. The more that governors and others issue executive orders that “require” face coverings, the more Americans push back with lawsuits, protests, noncompliance, or refusal to enforce. These reactions essentially and collectively render face mask mandates as powerless.

It's up to all of us to make good decisions to prevent the spread of #COVID19. By ✅ washing your hands ✅ practicing #SocialDistancing and ✅ wearing a mask in public, you're helping our economy recover.#StaySafeOhio #MasksOnOhio#InThisTogetherOhio#ResponsibleRestartOhio pic.twitter.com/f3DzTtEI3P

People across the nation continue to speak up and act on concerns about losing their freedoms. Face mask mandates, in many places, are becoming less popular, not winning Americans over as some health experts have claimed they would.

What do you think about the Butler County sheriff’s refusal to uphold the Ohio governor’s face mask mandate? Let us know in the comments section below!