The controversy of whether to wear a face-covering or not wear a face-covering continues to maintain. This has become an issue as states across the nation gradually lift lockdown restrictions; however, certain states are mandating residents to wear masks over their faces when they enter public spaces, even with shutdowns in effect. 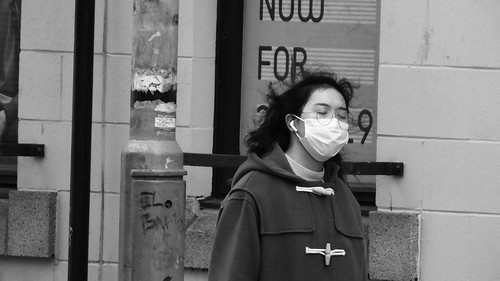 The face-coverings debate has highlighted differences in right-wing and left-wing responses to coronavirus. Ohio Gov. Mike DeWine (R) enacted and later reversed a mandate for state residents to wear masks in public buildings; following backlash and his reversal, DeWine admitted that forcing people to cover their faces goes “a bridge too far.” New York Gov. Andrew Cuomo (D), on the other hand, wants to fine residents of his state for not wearing face-coverings.

All of this has shown the left’s willingness to use government as a tool to bully and intimidate people into submission.

On Monday, the New York governor stated that the decision to fine non-mask wearers lies in the hands of “local government.”

However, Cuomo also made very clear that he is supportive of such fines. The Democrat governor then declared that New Yorkers “owe each other” societal “reasonableness and respect.” He also repeated the talking point that people wear masks to protect others, not themselves.

The best way to keep each other safe is to be responsible and wear a mask in public.

This is about respect. pic.twitter.com/Fo0cRnE7pb

What the New York governor conveniently declined to mention was the slippery slope that a fine for not wearing masks creates. It opens up the door to additional government abuses and overreaches in the name of public health or “the greater good.”

Then again, Democrats are all about the collective, with no regard for individual liberties or rights; this explains why they have zero issues with ongoing shutdowns or penalizing Americans who don’t want to cover their faces.

Are you supportive of fining New York residents — or any American — who chooses not to wear a face mask? Let us know in the comments section below!