For quite some time, Americans have sought out solutions to coronavirus. Mitigation efforts like staying home and social distancing can only do so much; however, a cure or treatment for COVID-19 would work wonders and change how the nation responds to this virus. 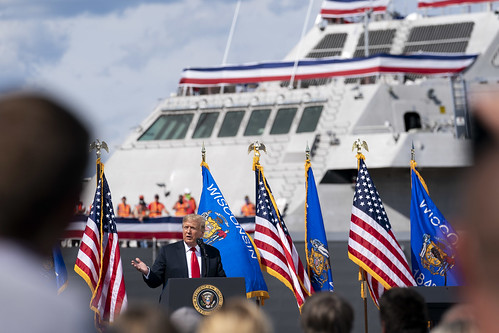 For a period of time, hydroxychloroquine was looked as at a potential form of treatment against coronavirus. President Trump himself even promoted — and consumed — the anti-malaria drug; however, critics of the president noted prior studies which called the effectiveness of hydroxychloroquine into question.

However, a new study from the Henry Ford Health System connects the consumption of hydroxychloroquine to fewer coronavirus deaths, explains Breitbart News.

Reviewing the Latest Study on Hydroxychloroquine

Per the study’s findings, the consumption of hydroxychloroquine is connected to fewer COVID-19 deaths, especially when combined with certain antibiotics. This study took place in Southeast Michigan with various sets of coronavirus patients being separated into four different groups and observed.

A new study on hydroxychloroquine done from Henry Ford health system in the southeast of Michigan has indicated that among the 2,541 patients at the unit 26% of those that didn't receive the drug died, compared to the 13% of those that received the drug,Dr.Marcus Zervos says. pic.twitter.com/xN9VVW9Yh7

Findings showed that the group with the fewest deaths turned out to be the individuals who took hydroxychloroquine and antibiotics. This new study serves as a serious game changer; moreover, it impacts the potential ways that our nation and healthcare system can approach coronavirus.

Reactions to the Latest Study

Many conservative Americans have weighed in on this latest study that confirms the effectiveness of hydroxychloroquine, notably when paired with antibiotics.

The general consensus here is that President Trump was right all along. Furthermore. Americans who lean right of center are urging the president’s detractors to apologize to him.

Does @realDonaldTrump get an apology? Can you finally admit he was right? https://t.co/ZGvePgcDwh

New information about hydroxychloroquine has also raised questions about how many COIVD-19 deaths it could have prevented. Some conservatives blame the media and folks on the left who were quick to dismiss hydroxychloroquine’s effectiveness, especially after President Trump began to promote it.

What do you think about the latest study to come out about hydroxychloroquine? Would you want access to hydroxychloroquine and antibiotics if you tested positive for COVID-19? Let us know in the comments section below.