Yesterday, Joe Biden officially accepted the Democrats’ nomination for president of the United States. During the fourth night of the Democratic National Convention, the former vice president gave a speech that covered a series of pointers.

From accusing President Trump of racism to alleging that he will solve the “four historic crises” of the nation, Biden went all in to convince Democrats that he’s worthy of the nomination. 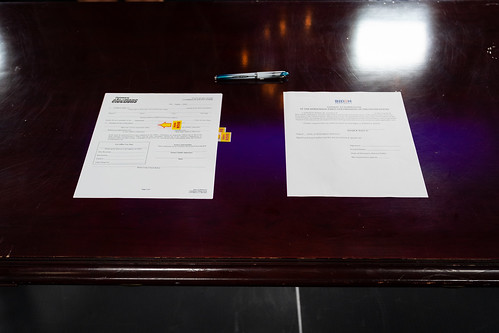 The former vice president also announced his decision to implement a nationwide face mask mandate, should he win the election this November, according to Breitbart News.

Using the government to bully people into submission is far from a foreign concept for Democrats. However, Biden has repeatedly talked about a nationwide mask mandate in the event that he beats President Trump this November.

Despite the intensity surrounding mandatory face masks, reports of mask mouth, and acne from frequent use of face coverings, Biden still continues to endorse a nationwide mask mandate, both verbally and on his social media accounts.

Joe Biden promises rapid COVID-19 tests and a national mandate to wear a mask as a 'patriotic duty' in his #DemConvention speech. pic.twitter.com/ymKthrhL7j

He continued this pattern while speaking at the Democratic National Convention last night. Biden also alleged that wearing a mask is about “patriotism,” before stating that all governors across the nation should implement face mask requirements.

The former vice president, by his own admission, also believes that mandatory face masks have nothing to do with the “rights” of Americans. Needless to say, there are many Americans who firmly disagree with Biden on this point.

How Enforceable Would a Nationwide Mask Mandate be?

Since Biden’s repeated talk about a nationwide mask mandate, several Americans have questioned the legality of such a measure.

Others believe that a national mandate demanding Americans to wear face coverings would violate states’ rights. Furthermore, there seems to be no word on how Biden would expect such a mandate to be enforced.

It's the honor of my life to be the Democratic nominee for President of the United States. Tune in at 9 PM ET as I deliver my acceptance speech: https://t.co/xk0GcSpr50 pic.twitter.com/8CyUWC4K6j

In cities and states across the country with face mask mandates in effect, several police sheriffs have noted their refusal to uphold such requirements. Last night’s speech at the Democratic National Convention marked one of several times that Biden has endorsed and promised a nationwide mask mandate.

Do you think the United States should have a nationwide face mask mandate? Do you believe such a mandate would be effective or enforceable? Be sure to let us know in the comments section below!