For a considerable amount of time, Americans have wondered about who Biden will choose as his 2020 running mate. Several names have come up and four months ago, the former vice president vowed to select a woman as his vice-presidential candidate.

In recent days, reports of Biden struggling to pick a running mate have emerged. Some previously-considered contenders removed themselves from the running; meanwhile, Biden remains on the hunt for a running mate that meets his list of political needs and is “simpatico” with him. 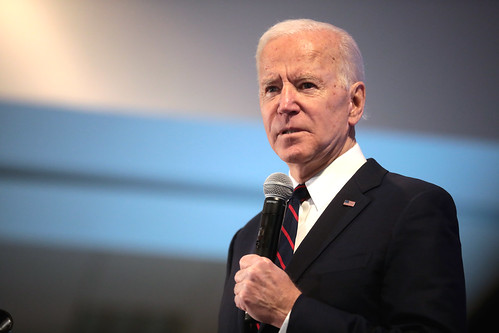 However, a photograph of the former vice president’s notes was captured and released by an Associated Press (AP) photographer; this image shows that California Sen. Kamala Harris is a top prospect on the list of Biden’s potential running mates, according to Fox News.

Why is Harris in the Running?

Following the accidental leak and coverage from Politico, the story was quickly removed; however, images of the notes are still circulating around the internet.

In the notes, Biden has a series of attributes listed about Harris and why she’d presumably be a good running mate for him. Praise of the California senator’s “talent” is listed, along with Harris’ previous campaigning with Biden and his wife, along with Harris’ “great help” to his presidential aspirations.

Funny… AP photo of Biden notes shows he must be reminded that he "doesn't hold a grudge" against Kamala Harris.

On the other side, the notes remind him that his name is Joe Biden and he's running for President. pic.twitter.com/6KInMLXvRS

Harris’ memorable, primary debate confrontation of Biden’s past work with segregationist senators is a possible reference to the “grudges” part of the former vice president’s notes.

A Statement from Harris

At this time, the California Democrat has yet to release any public remarks about the leaked Biden notes pertaining to her.

Harris has, however, spent time pushing for a liberal COVID-19 stimulus package; currently, this entails promoting $2,000 payments for all Americans on a monthly basis.

America has never lived up to our founding promise — and we can’t rest until we finally do. My new plan will advance racial equity across the American economy and bring us closer to reaching our highest ideals: https://t.co/27Y38u5rCe pic.twitter.com/pQGZ78PXwC

Similarly to Harris, the Biden campaign also has yet to address the leaked photograph of his notes. Not too long ago, though, reports surfaced that the former vice president would select his running mate by the first of August.

If the aforementioned reports are accurate, then Americans will have to wait until this Saturday to learn whether or not Harris becomes Biden’s running mate after all.

Do you think Kamala Harris will join the Biden campaign as his vice-presidential running mate? Let us know down below in the comments section.