Of course, Americans who have gotten a front-row seat to what Black Lives Matter is truly about will have a realistic and much less rosy outlook. Black Lives Matter has openly declared themselves as a Marxist organization, chanted for the death of police officers, and led the charge to defund and abolish law enforcement. 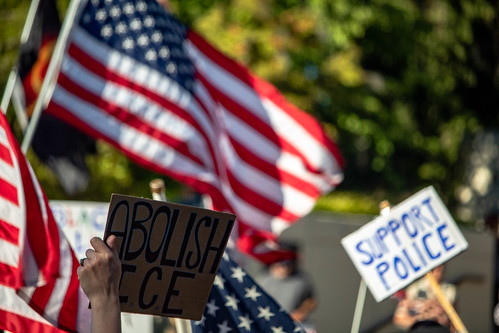 Over the past several months, the nation has watched Black Lives Matter set fire in the streets, assault innocent individuals, destroy small businesses, etc. All of this plays a role in why most voters in Wisconsin have a negative outlook on the group, as reported by Breitbart News.

Between the multiple Kenosha riots that have happened since the shooting of Jacob Blake, Wisconsinites have gotten a first-hand look of what Black Lives Matter is capable of…and it shows.

A brand new poll from Marquette Law School shows that a margin of 49%-46% of Wisconsin voters don’t approve of Black Lives Matter. A closer look at the poll’s details shows that support for the Marxist organization specifically dropped after the series of riots in Kenosha.

Critics of Black Lives Matter, their actions, and dangerous behavior continue to speak out against the group while providing Americans with supporting evidence.

Amid Kenosha riots, Wisconsin voters have also banned together in the hopes of kicking their Democrat Gov. Tony Evers out of office. Evers has lost considerable favor amongst state residents, following his response to the riots in Kenosha.

Despite the ongoing work to boot him from power, the Wisconsin governor publicly declared his lack of regrets regarding his management of social unrest.

Bringing an End to Social Violence

As disapproval of Black Lives Matter continues to grow, Democrats are still very much enabling them.

Riots that are breaking out in these major U.S. cities are, of course, controlled by leftists. Unfortunately though, Democrats have yet to get real and acknowledge the need for federal law enforcement to restore peace and civility.

Democrats in power continue to spar with President Trump and the Department of Homeland Security (DHS) as the latter two work to end the chaos in leftist localities.

What do you think about Wisconsin’s outlook on Black Lives Matter? Let us know down below in the comments section.