The nation is watching as President Trump and Joe Biden work to defeat one another in this year’s general election.

With the Democratic National Convention and the GOP National Convention being over, the general election season is officially upon us. Since the Republicans’ held their convention, several polls have shifted in the favor of President Trump; as such, Biden has been forced to come out of his basement and into the real world. 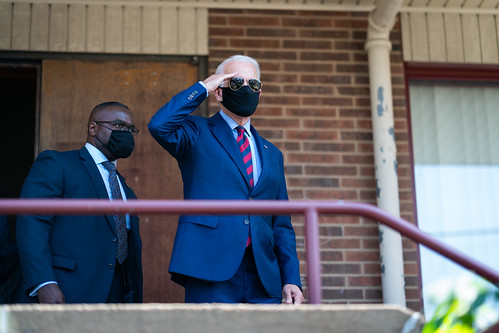 “Press Conference on the State of the US” (CC BY-NC-SA 2.0) by Biden For President

The General Consensus on the Upcoming Trump-Biden Debates

According to a new survey from USA Today/Suffolk University, 47% of the American people are convinced that Joe Biden will lose the debates against President Trump; meanwhile, merely 41% of Americans believe that Trump will ultimately wind up losing.

When looking at partisanship, the divides on whether or not Trump or Biden will win the presidential debates are also interesting. 47% of Independents are similarly convinced that the 45th president will win; meanwhile, only 37% believe Biden will walk away with the win.

Joe Biden appeased China and advanced its interests throughout his 47 years in Washington.

When looking at the Republican and Democrat Parties, results are heavily skewed and aligned with partisanship. 87% of the GOP is sure that President Trump will defeat Joe Biden while 79% of Democrats believe precisely the opposite.

Why the Left Fears the Upcoming Trump-Biden Debates

At this time, Trump and Biden are set to face off against one another on September 29, October 15, and October 22.

President Trump is inviting YOU to attend a Presidential Debate.

You can witness HISTORY!

Ultimately, Americans believe the left fears Trump-Biden debates simply due to the contrast between the candidates. The president is generally very direct and aggressive in debates; meanwhile, Joe Biden repeatedlty fumbles, misquotes the Declaration of Independence, stammers, and otherwise appears confused and out of it more often than not.

Do you agree that President Trump will win the debates against Joe Biden? Be sure to let us know in the comments section below!