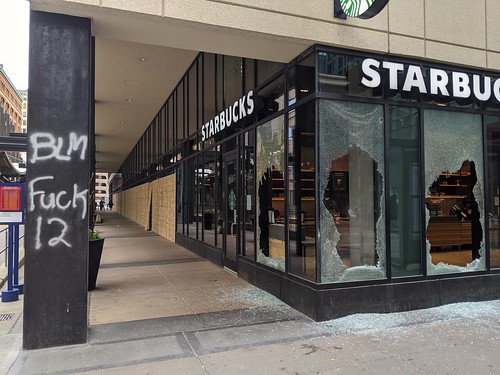 Americans who witnessed this behavior warned about the dangers of said destruction. Yet, Democrat governors and mayors failed to intervene; as a matter of fact, many of these leaders justified outright criminal behavior, believing that they would later get a bailout from the federal government.

In the case of Minnesota Governor Tim Walz, elected officials will have to learn the hard way. Breitbart News confirms that President Trump denied the Minnesota governor’s request for $16 million dollars in federal aid to fix the state.

Why Minnesota Will Not Receive a Federal Bailout

Earlier this month, Walz informed the Federal Emergency Management Agency (FEMA) that his state has suffered $500 million dollars in damages, thanks to the destructive actions of rioters from the past few weeks. However, the Minnesota governor rejected many opportunities to intervene during the time of this violence.

In light of these details, the request for $16 million dollars received an outright denial, courtesy of President Trump.

During the time Minnesota rioters set police precincts on fire and destroyed businesses, the president called on Walz to take effective action; the Minnesota governor declined, hence, he must now figure out how to repair his state without a handout from the federal government.

Since the refusal of his request, Walz expressed “disappointment” that the federal government will not fork over $16 million dollars to fix the state of Minnesota.

More on Minnesota’s Response to Riots

As time goes on, more and more light is shed on the shocking inaction of Minnesota. When Governor Walz requested millions from the federal government, he claimed in writing that he immediately moved to end the violence in his state; however, this simply is not true.

No Minnesotan should lose their life because they can’t afford their next insulin refill. Today our insulin safety net program launched, giving Minnesotans peace of mind in knowing they'll be able to access the medicine they need to survive. pic.twitter.com/e4tzSLyblJ

Members of the Minnesota Department of Public Safety and Minnesota National Guard provided testimony to the U.S. Senate earlier this month. During the testimony, these individuals confirmed that Walz put many troops on alert mode, but ultimately failed to deploy them as violence ravaged Minnesota.

Do you think Minnesota should get a $16 million dollar bailout from the federal government. What do you think about President Trump’s response to Governor Walz’s request? Let us know what you make of it all down below in the comments section.