Michiganders continue to remain under one of the most austere stay home orders in the nation. Earlier this month, Governor Gretchen Whitmer loosened some of the restrictions for two regions in Northern Michigan; however, the state still very much remains on lockdown.

Countless Michigan residents have taken to the streets in protest against their governor’s stay home order. These people are struggling to survive, wondering how they’re going to make rent, and trying to keep their businesses from completely going under. Despite these realities, Whitmer has chosen to brand protesters in her state as racists and sexists. 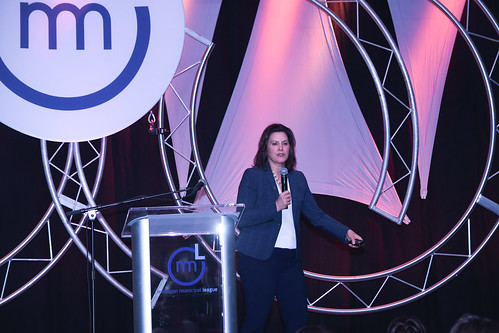 In an interesting turn of events, however, Michigan protesters aren’t the only ones seeking ways to get around Whitmer’s Executive Orders. Marc Mallory, the Michigan governor’s husband, also attempted to cut corners by using his position as Whitmer’s husband to get favors for Memorial Day, reports sources.

Mallory’s Push to Get Around Michigan Shutdown Rules

The push to get around the state’s stay home order occurred when Whitmer’s husband requested that a docking company allow his boat on water in Traverse City.

The Michigan governor and her husband own a vacation home in Traverse City, while residing in Lansing. Mallory’s Facebook request to the docking company in Traverse City has raised eyebrows since his wife urged Michiganders from regions that remain closed not to “descend” upon open areas; hence, his request to the docking company serves as nothing more than a clear attempt to get around state rules.

Whitmer's husband: "I am the husband to the governor, will this make a difference?”

Employee: “As you can imagine, it does make a difference, that would put you to the back of the line!"

This is just too good.https://t.co/yUsBFtzUZx

Of course, Governor Whitmer has not publically addressed her husband’s attempt to get around the rules which other Michiganders are expected to follow. In fact, a spokesperson for the Michigan governor had the audacity to brand concerns about Mallory’s request as “online rumors.”

What do you think about the Michigan governor’s husband attempting to exempt his family from state rules? What does this say about Whitmer herself? Let us know in the comments section below!