Michigan Governor Projected to Extend Shutdown to May 15

At this point, America has reached a point where shutdowns are no longer about COVID-19.

The reality here is this: 26 million Americans are unemployed; social unrest continues to spike and people are slamming governors with lawsuits over their Executive Orders to lock everything down and halt the most basic freedoms, such as working and providing for one’s family. 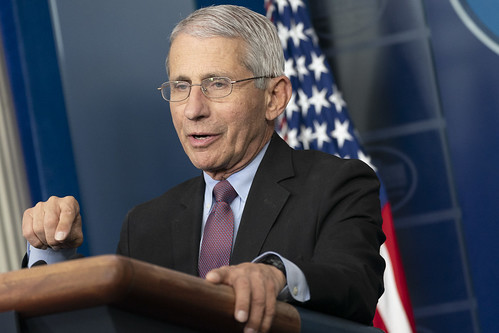 One shining example of a governor on a major power trip is Michigan Gov. Gretchen Whitmer. She has consistently taken heat for her Stay Home, Stay Safe order; furthermore, protests have broken out in Michigan with more to come.

Grassroots and nonprofit organization Michigan United for Liberty is actually suing Whitmer over her Executive Order; nevertheless, new reports project that Whitmer will, once again, extend at least part of the Michigan lockdown until May 15.

Refusal to Listen to Michiganders

A Lansing official stated on Thursday that a considerable amount of sources close to Whitmer confirm that portions of the order will go on for an additional 14 days.

The Michigan governor is expected to update state residents on the forthcoming changes later today at 3:00 PM. Furthermore, sources confirmed that Whitmer may allow some workers, such as landscaping businesses and golf courses, to reopen for operations.

BREAKING: Democrat Michigan Governor Gretchen Whitmer is threatening to EXTEND the state-wide lockdown in response to citizens exercising their right to protest.

These are the threats of a tyrant…@DBongino has the story ⬇️https://t.co/ba72Z4yt6E

In all honesty, the tone-deafness is astounding. It appears as though Whitmer is, once again, failing to listen to the voices of those she’s governing. Michigan protesters have already taken to the streets against her stay home order, both at the State Capitol and outside of Whitmer’s residence. If the aforementioned projections turn out to be correct, more uprisings are bound to take place in Michigan.

Many Americans believe that Whitmer’s expected decision to lengthen the Michigan lockdown is a form of retaliation against state protesters. Frankly, such a belief is not unfounded; hours after Michiganders protested at the State Capitol, Whitmer declared that the “actions” of state residents might call for another increase of her stay home order.

#MichiganUnitedForLiberty will be holding protests around the state tomorrow at noon. We will also have members at the capital for the hearings. Game faces! And don’t forget to stay 6’ apart.#BalanceTheRisk #SuingThatWomanInMichigan #OpenMichigan #FreedomForAll #RecallWhitmer

It is truly unfortunate that certain governors would rather further their own power trips than acknowledge that the numbers of coronavirus cases, deaths, recovery rates, etc., don’t warrant shuttering countless jobs and businesses. Word that Whitmer will extend her Executive Order also comes after the jobless number increased to 26 million Americans.

How do you think Michiganders will respond if Whitmer chooses to extend her Stay Home, Stay Safe order? Let us know in the comments section below!