For months upon months, Michigan residents have lived under the various whims of their governor.

There was a time where Governor Gretchen Whitmer decided that state residents could not travel between multiple homes or even visit the residences of their friends. The governor of Michigan has also come under fire for repeatedly extending the state of emergency, even in spite of disagreements from other officials. 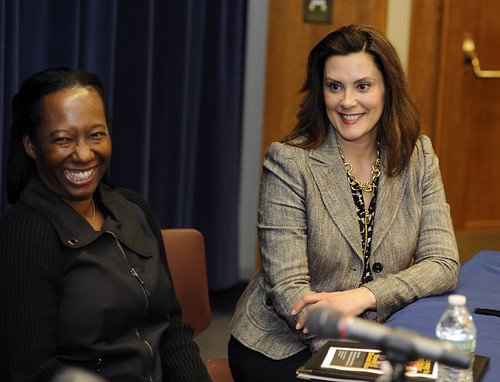 Amid a statewide face mask mandate and more, some Michiganders have decided that they’re fed up with Whitmer having unilateral power and control. This is why a petition to ‘Unlock Michigan’ has 450,000 signatures and counting, explains Breitbart News.

What to Know About the Unlock Michigan Petition

In order to prompt a legislative vote of repealing Michigan’s 1945 law, Unlock Michigan will need 340,000 signatures that are deemed as valid. While the group has attained more than 450,000 signatures, they’re looking to reach their goal of 500,000 before this week comes to an end.

By repeatedly extending Michigan’s state of emergency, Whitmer is using the 1945 law to make broad, unilateral decisions that are impacting the lives of Michiganders. Many folks in Michigan believe that COVID-19 numbers no longer dictate a state of emergency; however, Whitmer continues furthering it anyway.

The Michigan Board of Elections will ultimately be the body to determine whether or not Unlock Michigan’s petition has the valid 340,000 signatures to prompt a legislative vote.

Governor Whitmer has repeatedly urged Michiganders not to sign Unlock Michigan’s petition; however, the numbers show that at least hundreds of thousands of people in Michigan disagree with how Whitmer has chosen to govern.

Putting an End to Abuse of Power

The Michigan governor is far from the only Democrat leader to face accusations regarding abuse of power.

Like Whitmer, many other Democrats have come under fire for unilateral, broad-sweeping decisions that adversely impact Americans’ lives. Critics maintain that the true motivating factor behind Democrats’ choices isn’t health and safety, but instead a power trip.

Some have opted to sign petitions, like Unlock Michigan. Other Americans have suggested that mass noncompliance is the only way to take away power from authoritarian, tyrannical Democrats.

Coronavirus and the various mitigation strategies marketed as necessary to stop it have prompted new debates about the appropriate role of government.

Do you think Unlock Michigan will succeed in stripping Governor Whitmer of her unilateral, unending emergency powers? Be sure to let us know down below in the comments section.