Anti-police rhetoric from the political left continues to grow and escalate. Over the course of this week alone, more riots have broken out in the streets. Law enforcement officers continue to be thrust into harm’s way and forced to deal with folks who hate anyone wearing a police badge.

Black Lives Matter and other leftists are now calling to defund the police entirely. This rhetoric arrives as violent social demonstrations are at an all-time high, increasing the demand for law enforcement presence. 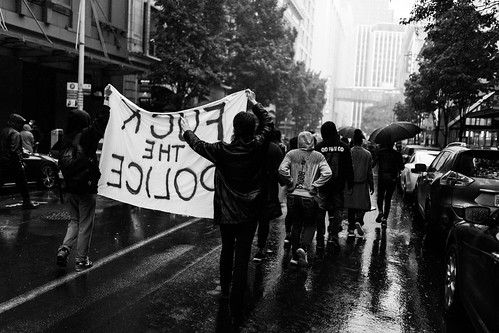 However, if you think the calls to defund the police are just from a radical few, think again. Mainstream, big-name Democrats like Michigan Governor Gretchen Whitmer are publicly supporting people who want to pull funding from law enforcement.

Gov. Whitmer admitted as much during an interview on Thursday, as reported by sources.

Yesterday, Whitmer participated in a sit-down with Mojo In the Morning. During this time, one of the radio show hosts asked the Michigan governor what she believes a world without police officers would look like.

Following this question, Gov. Whitmer stated that she “understands” the sentiment of those who seek to defund law enforcement. The governor of Michigan also made it a point to claim that young Americans will “take up the lead” of our country.

For George.
For Ahmaud.
For Breonna.

I will never be able to fully understand the pain that Black and Brown communities are forced to bear, but I will spend my life fighting for the justice and peace that everyone deserves. pic.twitter.com/Nz9NpcHHnt

During a later point in the interview, Whitmer discussed her moves to make the Michigan State Police more inclusive. Her methods to increase inclusivity are comprised of heightening the presence of women troopers by 20% and boosting racial minority applicants to at least 25%.

What do you think about the Michigan governor’s support for defunding police? Would you feel safe or comfortable in a world without law enforcement? Let us know in the comments section below!