On Monday, Michigan Gov. Gretchen Whitmer indicated that lawsuits, rising social unrest, and protests against her lockdown are meaningless to her.

Whitmer all but confirmed that she will extend her stay-at-home Executive Order for a fifth time when she stated that Michigan won’t reopen fully without a coronavirus vaccine. At this time, there are no guarantees about a vaccine for COVID-19; however, if one is able to be developed, it wouldn’t arrive for another year to a year and a half, according to experts. 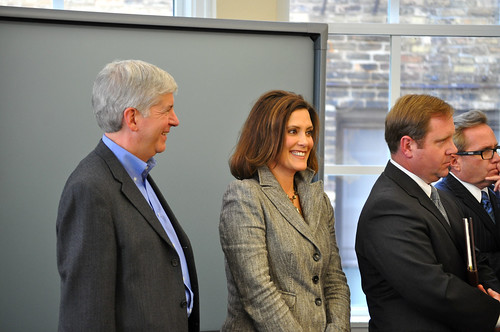 As the Michigan governor becomes increasingly more tyrannical, some law enforcement officers are beginning to push back. Sources confirm that Brian BeGole, the sheriff of Shiawassee County, is refusing to uphold Whitmer’s Executive Order.

Sheriff BeGole on His Refusal to Enforce Gov. Whitmer’s Shutdown

Yesterday, the Shiawassee County sheriff took to Facebook to announce that he won’t uphold the Michigan governor’s directive. BeGole cited numerous calls from residents as a factor in his choice, along with the inherently unconstitutional nature of the order. Likewise, the sheriff noted that Michigan state legislators declined to extend a state of emergency past April 30, 2020.

In further remarks, BeGole explained that his department has limited resources; therefore, they will focus on upholding “duly passed laws” for members of Shiawassee County. Obviously, Whitmer’s Safer-at-Home order and the multiple forthcoming extensions of said order don’t fall into the aforementioned category.

The announcement comes after Sheriff BeGole said the office has received many calls, text messages and emails from local businesses and residents regarding the governor's executive orders and the office's position on those orders. https://t.co/U66bgR5BTF

Throughout her tyrannical “service” as governor, Whitmer has demonstrated callousness and disregard for struggling Michigan residents. Likewise, the governor has accused protesters of racism while also attempting to bypass the Michigan legislature to further her own power. This move thereby prompted the state’s House and Senate to hit Whitmer with a lawsuit earlier this month.

Are you glad that Sheriff BeGole will not enforce Gov. Gretchen Whitmer’s stay home order? How many more times do you think Whitmer will continue to lengthen this directive? Sound off with your thoughts in the comments section below!