Re-engaging different parts of the economy throughout the nation is absolutely critical. Shutdowns’ role in unemployment, loss of healthcare insurance, and other problems that so many Americans face are undeniable. People need to be able to work and feed their families, independently of the United States government. 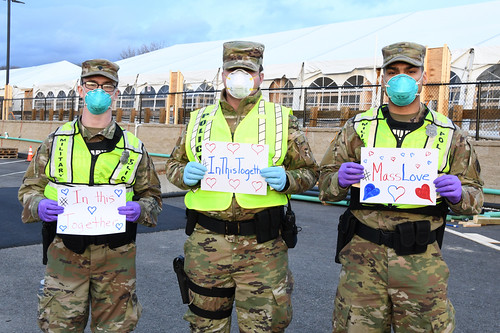 Unfortunately, some governors are still re-implementing lockdowns. While these political leaders claim that a return to shutdowns is in the best interests of keeping Americans safe, many people just aren’t buying these talking points anymore.

News from Washington Examiner shows that Massachusetts Governor Charlie Baker (R) is currently modifying the state’s reopening plan due to a “slight uptick” in COVID-19 cases.

A Closer Look at the Delay in Reopening Massachusetts

On Friday, the Massachusetts governor took to social media, noting a decline in COVID-19 hospitalizations and cases throughout the state. However, Governor Baker quickly followed up, stating that “certain communities” in Massachusetts have seen mild increases in the virus.

For this reason, the Massachusetts governor announced the “enhanced enforcement” of coronavirus safety guidelines and “stricter rules” for Massachusetts residents congregating with one another.

While we've seen a decrease in #COVID19MA cases + hospitalizations since May, there's been a slight uptick in certain communities in recent days.

Per the Republican governor’s orders, outdoor gatherings are barred from surpassing more than 50 individuals, starting on Tuesday, August 11. Indoors gatherings may also not supersede 25 people and individuals attending any event with more than ten persons are required to wear face coverings.

The Massachusetts governor claimed that “stricter rules” and “enhanced enforcement” are a consequence of certain state residents flouting guidelines already set in place.

Face Coverings in Massachusetts and More

Like other governors across the nation, Massachusetts’ Baker has become a cheerleader for face coverings. The governor argues that wearing masks keeps people safe and reduces the likelihood of coronavirus transmission.

What the Massachusetts governor has been considerably less outspoken about is a new health issue known as “mask mouth” that is arising from ongoing usage of face coverings. As dentist offices reopen, dentists are claiming that cavities, gum inflammation, and even bad bacteria accumulation are happening due to the frequency of masking.

What part of "will NOT STOP the spread" is so hard for people to grasp? As long as hospitals aren't overwhelmed THERE IS NO POINT!
And they are bad for anyone to wear constantly. Look up "mask mouth". People are getting bacterial pneumonia from them!

This is happening because of people’s innate tendencies to breathe in through their mouths rather than their noses; however, when this happens while someone has a mask on, over time, their mouth gets dry; this, in turn, kills saliva within the mouth and increases the risk of health issues.

What do you think about the new restrictions implemented by the Massachusetts governor? Share your thoughts with us in the comments section below!