As riots proceed in breaking out across the nation, the hypocrisy of the socialist left continues to be put on full display.

When small business owners took to State Capitols across the nation in protest against lockdowns, the mainstream media tore them apart in the press. Liberal commentators alleged that anyone with the audacity to protest against the forcible closure of their jobs and businesses was spreading coronavirus. 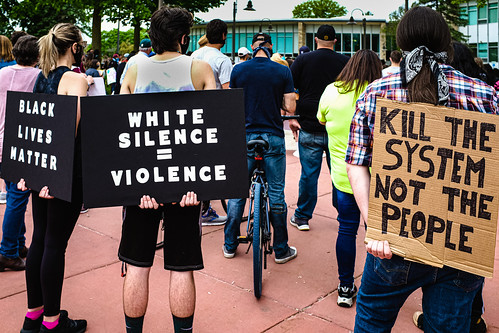 “Protest for Justice, March for Peace” (CC BY-ND 2.0) by dangaken

However, over the past week, the liberal media has adopted a wholly different approach towards the George Floyd riots. Rather than condemning people who burn police cars, loot businesses, and set fire to buildings, the mainstream press is praising them; there’s also no talk about these people potentially spreading COVID-19.

When the mainstream press complained about peaceful, anti-shutdown protesters at the State Capitol, they lectured about the danger of gathering in groups; one of the most common talking points asserted that elderly individuals, like grandmothers, would be put at higher risk of contracting coronavirus.

Why is the media no longer concerned, and often almost gleeful, about all the mass gatherings that would have been so deadly due to COVID 19 just a few days ago?

I guess these people magically aren’t “killing their grandmas” by going outside anymore?!? 🙄

Although, when it comes to the riots breaking out in numerous U.S. cities, the liberal media has changed its narrative. There seems to be no more concerns about how large gatherings will impact the spread of coronavirus or the so-called dangers of no social distancing.

As of this writing, the media has yet to justify how peaceful protest gatherings are more dangerous than large congregations of people torching, looting, and vandalizing America. Of course, this silence is attributed to the mainstream media’s alliance with the Democrat Party. 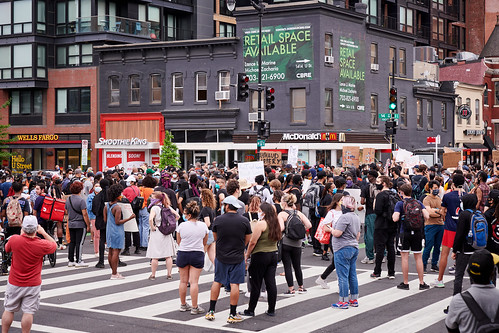 Keeping the nation shut down helps Democrats make the case for socialism; likewise, rioters, looters and other criminals destroying U.S. cities are critical parts of Democrats’ voting base.

What do you think about the hypocrisy of the liberal media? Do you believe concerns about coronavirus and social distancing will continue to make their way out of the mainstream press? Sound off in the comments section below!