Despite the many issues dominating conversations in America, several inner cities across the nation continue to struggle with rampant rates of violence.

It doesn’t help matters than a good deal of these localities are toying with the notion of defunding the police. The argument that crime needs less law enforcement rather than more is absolutely mind-boggling to many Americans across the nation. 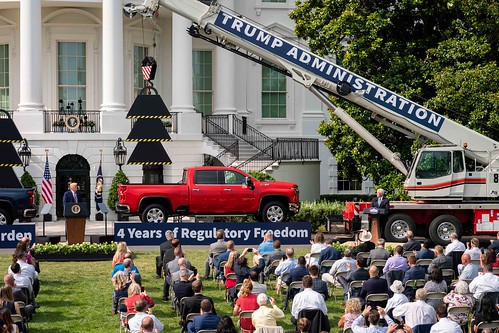 Inner-city crime caught the attention of President Trump who has not hesitated to speak out about it. Ultimately, this has angered many left-wing mayors in charge of these cities.

Rather than deal with the crime and restore law and order, however, Democrat mayors prefer to take shots at President Trump and his administration via Twitter, according to Fox News.

Trump vs. Democrat Mayors of America

Here’s what you don’t understand:
Black people BUILT 5th Ave and so much of this nation.
Your “luxury” came from THEIR labor, for which they have never been justly compensated.
We are honoring them. The fact that you see it as denigrating your street is the definition of racism.

Criticism of these decisions prompted De Blasio to fire back at Trump. The New York City mayor professed that Trump’s distaste for Black Lives Matter graffiti is “the definition of racism.” De Blasio furthermore made a point of claiming that black Americans “built” Fifth Avenue Street without any compensation.

The New York City mayor is far from the only Democrat mayor to take shots at President Trump via Twitter.

The president is not the only person in the White House to face backlash from Democrat mayors of troubled inner cities.

Days ago, Chicago Mayor Lori Lightfoot referred to White House press secretary Kayleigh McEnany as a “Karen” after the latter criticized Lightfoot’s leadership. Crime in Chicago is surging with more and more local residents being shot and killed.

In light of this, McEnany referred to Lightfoot as a “derelict” mayor and encouraged her to seek support from the federal government in order to restore order to her city. However, the Chicago mayor has stated that she’ll continue running the locality “the best [she] can.”

What do you think of Democrat mayors sparring with the president and members of his administration on social media? Should this time be instead spent on reducing crime in inner cities? Let us know what you think in our comments section below!