In the midst of an ongoing battle against coronavirus, face coverings continue to be promoted as a solution. The mainstream media, politicians, celebrities, and others are working overtime to get everyone to “mask up” and “wear a mask.”

Despite all attempts to promote and incentivize mask-wearing, there are certain people who simply will not go for it. In order to crack down on non-compliance, politicians and health “experts” have begun mandating face masks via ordinances; on social media, shame campaigns have also been collectively directed towards individuals who go maskless. 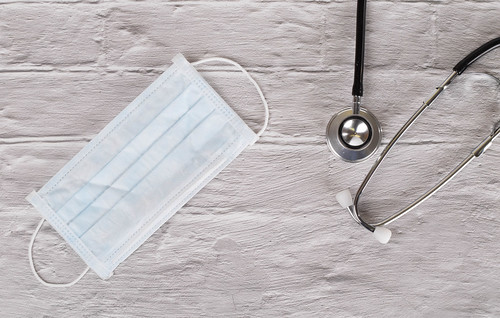 “Stethoscope and face mask” (CC BY 2.0) by wuestenigel

However, some folks still remain committed to not wearing face masks, regardless of social shaming or current narratives; this is the case for a bar in Kentucky that is outrightly defying mandated face coverings for state residents, confirms sources.

What to Know About Mandatory Face Masks in Kentucky

Earlier this month, Kentucky Governor Andy Beshear mandated face coverings for all state residents. The governor’s order maintains that Kentucky residents must use face masks when social distancing isn’t feasible; this is applicable in both inside and outside environments.

On Friday, Gov. Andy Beshear re-emphasized the importance of wearing face coverings to protect Kentucky lives, our economy and to preserve the commonwealth’s hard-won but fragile progress in the fight against #COVID19. https://t.co/AC240jWE8I pic.twitter.com/ZhdoQhx2nx

With that in mind, Town’s End Bar and Grill has a very different outlook on face masks. In a since-removed Facebook video, the bar owner Patrick Townsend, is seen affirming that he and patrons of his establishment are “Americans” and will do as they wish. While the footage was still online, multiple customers were seen frequenting Town’s End Bar and Grill.

In a later statement, Townsend criticized the Kentucky governor for the latter’s double standard. The bar owner noted that Beshear previously censured President Trump for supposedly meddling in states’ affairs, only for Beshear to later do this very same thing.

Why Wearing a Face Mask Became so Controversial

Many fans of face coverings across the nation are questioning the growing opposition against masks. However, when assessing this opposition, one of the central issues deals with the disagreements on government mandates.

Like the Kentucky bar owner, many Americans believe that government should not be able to demand people cover their faces. This is why there are so many existing lawsuits against face mask ordinances in various parts of the country. The fact that multiple sheriffs in different counties are also refusing to enforce mandatory face masks is also another relevant point.

What do you think about the Kentucky bar’s stance on face coverings? Should the government be able to “require” that Americans conceal their noses, mouths, and chins in public? Let us know down below in the comments section.