Kayleigh McEnany, the White House press secretary, announced on Twitter on Monday that she has tested positive for Coronavirus. This recent announcement made her the latest senior White House official to contract the virus.

Other White House officials who also tested positive for Coronavirus in the past few days include White House counselor Hope Hicks, director of oval office operations Nick Luna, and assistant press secretary Chad Gilmartin tested positive. The virus takes between 2 to 14 days to incubate. However, as recently as last Sunday night, McEnany spoke with reporters outside of the White House without wearing a mask. 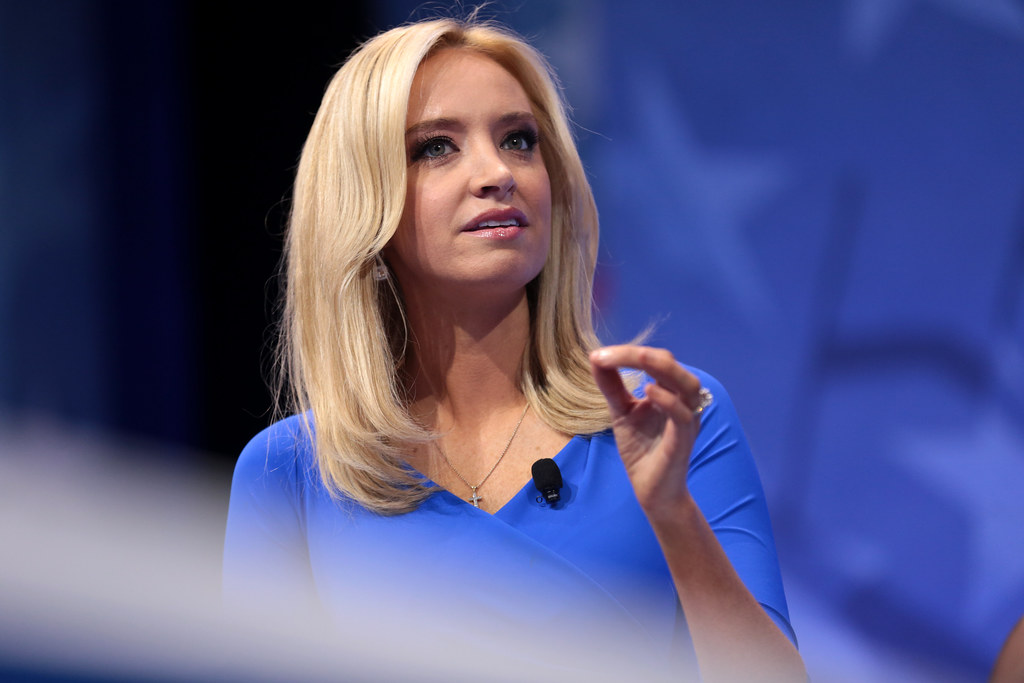 “Kayleigh McEnany” by Gage Skidmore is licensed under CC BY-SA 2.0

McEnany also stated on her post on Twitter that after she consistently tested negative in the past few days since Thursday, she tested positive for Coronavirus last Monday morning while experiencing no symptoms. Furthermore, she added that no reporters, producers, or members of the press are listed as close contacts by the White House Medical Unit.

McEnany further added that she had no prior knowledge of Hope Hicks’ diagnosis before the White House held a press briefing last Thursday. She will begin the quarantine process and will continue to work remotely.

Speaking with Fox News on Monday evening, McEnany said that she is “very blessed” to be experiencing no symptoms and that she is “feeling great.”

McEnany’s Coronavirus positive result is likely to send some reporters into quarantine as well. This further stretches the journalistic workforce of the White House press corps. Last Friday, there was already three White House journalist who tested positive for Coronavirus.

In relation to this, the White House Correspondents Association sent their support and wishes to the fast recovery of McEnany, the President, and everyone else suffering from the virus. To quote, the Association also stated, “As of this moment we are not aware of additional cases among White House journalists, though we know some are awaiting test results. We strongly encourage our members to continue following CDC guidance on mask-wearing and distancing — especially when at the White House — and urge journalists to seek testing if they were potentially exposed.”

On Monday afternoon, Chad Gilmartin and Karoline Leavitt have also tested positive for Coronavirus according to two sources. Although the White House press staff are working remotely, some essential workers are still at the White House.

After Hope Hick’s diagnosis, the White House started doing contact tracing. Included among the close contact of Hicks is McEnany, where she was immediately pulled off from the President’s fundraising trip to New Jersey.

However, McEnany wasn’t told until later that Hicks tested positive. This reaffirmed her statement given on Monday that she “definitely had no knowledge” prior to the press briefing.

White House will not release the number of staff who tested positive.

Last Sunday, before learning of the positive coronavirus results, McEnany told reporters that the White House will not release the number of West Wing staffs who tested positive from the virus due to privacy concerns. She also refused to provide a specific timeline as to when the President was tested for the virus.

Since early April, McEnany has held various press briefings, which happened largely on a weekly basis. She also frequently spoke on behalf of the Trump administration.