For many weeks now, Americans have eagerly anticipated the announcement of who Joe Biden would pick as his running mate.

Back in March, the former vice president vowed to select a female candidate as his running mate. Not long afterward, certain members of the Democrat Party began stating that Biden should pick a black woman. Leftists with this outlook argued that black women have served as the backbone of the Democrat Party with little reciprocation or respect for it. 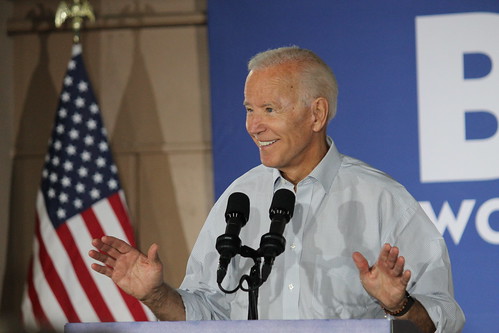 On Tuesday, Biden announced his running mate. As many Americans already predicted, Biden’s vice presidential candidate is none other than Sen. Kamala Harris of California, as confirmed by Breitbart News.

A Closer Look at Biden-Harris 2020

When announcing Harris as his running mate, Biden lauded her as a “fearless fighter for the little guy” and expressed his honor to have the California senator join his ticket. The former vice president also praised Harris’ work in law and politics. Biden professed that his running mate “lifts up” various individuals and shield people from facing abuse.

Following this announcement, Harris herself posted via Twitter. In doing so, the California Democrat stated that Biden will “unify” Americans and that he’s spent his political career “fighting” for the American people.

Back when Kamala was Attorney General, she worked closely with Beau. I watched as they took on the big banks, lifted up working people, and protected women and kids from abuse. I was proud then, and I'm proud now to have her as my partner in this campaign.

News of the Biden-Harris ticket quickly trended on social media yesterday. Since then, many Americans have weighed in on how they believe Harris will either help or hurt Biden’s aspirations to become the next president of the United States.

Response from the Trump Campaign

President Trump and his re-election campaign wasted absolutely no time in responding to the news of Harris being Biden’s running mate.

The president and his campaign quickly put out an ad, going after both Harris and Biden. The 30-second clip draws attention to the ways in which both Democrats clashed with one another on the primary debate stages. It then ends with saying that Biden and Harris are “perfect together” and yet “wrong for America.”

During talks with the press, President Trump also weighed in on Biden’s announcement. He noted that while Harris was once seen as a viable contender to win the Democrat Party’s 2020 nomination, she ultimately failed to make the cut.

The president remains moreover critical of the far-left policies that both Biden and Harris are openly supportive of.

What do you think about Joe Biden’s choice of Kamala Harris as his running mate? Share your thoughts with us in the comments section below!