Sexual assault allegations are very serious matters. More often than not, accusers are women, while the accused are men. This has prompted a controversial, yet sometimes contested consensus which demands that everyone should #BelieveWomen.

Proponents of this consensus demand that women have nothing to gain and everything to lose by coming forward with claims of sexual assault. On the other hand, different people have reservations about automatically believing each and every woman. After all, there are documented cases about some women lying when making allegations of this nature. 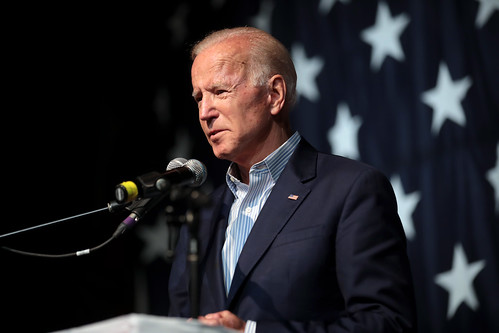 Nevertheless, former vice president and 2020 Democrat Joe Biden has made clear that he subscribes to the philosophy that all women should be believed. Therefore, it will be curious to learn whether or not he believes Tara Reade, a woman who is now accusing him of graphic sexual assault.

Reade came forward with the claim during an interview with film director Katie Halper.

What is Reade Accusing Biden of?

Tara Reade’s accusations against the Democrat frontrunner are very clear and disturbing. When sitting down for a Soundcloud interview with Halper, Reade stated that Biden assaulted her in 1993 when she worked as his employee.

Here is @ReadeAlexandra, sharing her story for the first time, claiming that she was sexually assaulted by Joe Biden. She tried to tell it before. #meToo https://t.co/MyazmFn2sl

The accusation then goes on to entail that Biden allegedly kissed Reade without consent before pushing her towards a wall, forcing his hand up her skirt, and using his fingers to enter her. Reade also claims that she felt “shattered” after Biden claimed, “I heard you liked me” during the alleged incident. The self-proclaimed victim rights activist explained that such an episode hurt her after admiring Biden for so long.

Later in her interview with Halper, Reade described instances of attempting to report further unpleasant encounters with sexual assault in Biden’s office, only to be shut down by workplace superiors.

Silence from Joe Biden and the Biden Campaign

As of this printing, Biden nor his campaign have responded to the allegations from his former staffer. However, due to the nature of Reade’s claims and the traction they’re gaining online, the 2020 Democrat will likely come forward with a statement in one form or another.

Should Biden stand by his previous mantra and believe women who come forward with sexual assault allegations. Do you believe Tara Reade’s claims are accurate? Weigh in on this breaking story below!