With Election Day being less than 100 days away, more and more polls are coming out to indicate where Trump and Biden presently stand.

Amid coronavirus, social unrest, and political violence breaking out across various major cities, many Americans are on edge. The Biden campaign is using this by pushing the narrative that voting Trump out of office will improve the quality of everyday life and America as a whole. 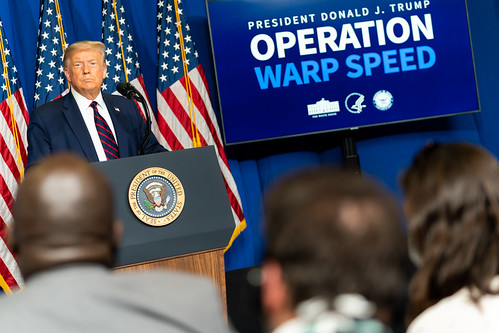 What to Know About Georgia and Political Polling

A new Monmouth University survey shows that both the president and former vice president are polling at 47% among registered voters. When breaking this data down and assessing likely voters with both high and low turnout, Trump maintains a one-point and three-point lead over Biden.

Thus far, Biden’s campaign has not spent much time campaigning in the Peach State. Biden has, however, increased campaign outreach in Texas, hoping to flip the Lone Star State blue, despite its deep conservative roots. The Trump campaign has furthermore dismissed Biden’s chances of winning in Texas.

Which 2020 Candidate Will Win Georgia?

In light of Georgia’s history, political leanings, and even polling, it would be remiss to assert that Biden has a strong chance of winning the state. Georgia has not voted for a Democrat in a presidential election in nearly thirty years; thus far, there is no evidence to suggest that this pattern will change.

Donald Trump has shown that he can’t beat the pandemic or turn the economy around. And he is unsurprisingly stoking the flames of division for political gain.

He is the worst possible person to lead our nation through this moment. pic.twitter.com/CfJzEwU6Cm

When reviewing the policies of the president and those of Biden’s, the former’s are in greatest alignment with many Georgia voters. The former vice president’s interest in defunding police departments, increasing taxes, and essentially eroding suburban communities isn’t very exciting to Georgia conservatives and Republicans.

All things considered, the Biden campaign should not hold its breath on winning the Peach State in the 2020 presidential election.

Do you think Georgia will vote for President Trump or Joe Biden? How do you foresee the Georgia Senate race playing out? Let us know down below in the comments section.