Face masks mandates continue to cause problems across the nation, specifically when businesses are involved.

To date, many businesses in different parts of the country face allowance or orders to deny service to individuals without face coverings. Meanwhile, multiple establishments are also being told to make sure their workers and customers have face masks on. 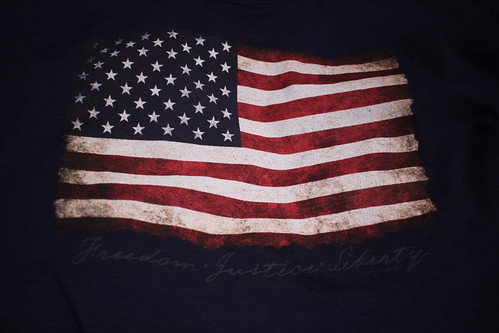 These orders are causing issues for a series of reasons. For starters, many business owners do not want to put themselves or their staff at risk by acting as the mask police. Other entrepreneurs do not subscribe to the idea of forcing people into face masks.

Unfortunately, a gym owner in Florida was taken into police custody on Monday for refusing to demand that his customers wear face masks, according to reports.

Everything You Should Know About the Arrest

In Broward County, Florida, residents are expected to “mask up” and cover their faces while in public spaces.

This is problematic for gym-goers, seeing as exercise often entails heavy breathing and sweating, neither of which are conducive or even completely safe while wearing a face mask. Even the World Health Organization has stated that individuals who are exercising should refrain from wearing face coverings during these times.

For these reasons, Fitness 1440 owner Michael Carnevale decided that he would allow members of his gym to determine whether or not they felt comfortable wearing masks while exercising. Unfortunately, this attracted the attention of a Broward County resident who complained about Fitness 1440 to authorities.

Following this complaint, police officers arrested Carnevale and closed his gym. Since this incident, the Fitness 1440 owner has stood his ground; Carnevale maintains that the notion of face masks being about health has turned into “murky waters” when people are demanded to “mask up” even while on treadmills and during exercise sessions.

The Fitness 1440 owner also shared a viewpoint that many Americans can agree with; Carnevale does not believe that current occurrences of forced shutdowns and forced masking are appropriate.

Broward County, Florida is not the first community to force business owners to demand that customers wear face masks.

Michigan residents are in a similar plight after Governor Gretchen Whitmer stated that establishments are required to refuse service to barefaced persons. Furthermore, the Michigan governor claimed that business owners cannot automatically assume that individuals without masks have an exemption.

Today I sent a letter to @GovRonDeSantis urging to him to issue an Executive Order to STOP the local government criminal mask laws.

A Broward County business owner was arrested today, harassed by police, and brought to jail—its time to end the abuse of power by local government. pic.twitter.com/1l74HY7ffU

At this time, Reopen Florida group founder Chris Nelson is supporting and fighting on behalf of Michael Carnevale and Fitness 1440, as is Florida House Rep. Anthony Sabatini (R).

Do you believe that business owners should be forced to act as the mask police? Let us know down below in the comments section.