Mitigation efforts put in place and marketed as required to stop coronavirus’ spread have certainly not come without consequences.

Of all the mitigation exercises, shutdowns appear to be having some of the most devastating impacts on the lives of our nation’s people. Thanks to lockdowns, a grand total of over 40 million Americans lost their jobs. 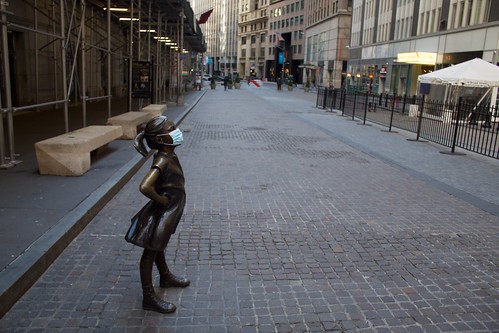 To make matters worse, certain folks across the nation still remain out of work to this day; meanwhile, government handouts are having a minimal impact, barely helping people tread water as shutdowns and loss of income remain ongoing for months at a time.

Many Americans would like to hear that most people will get their jobs back; this is imperative to a successful labor market. Unfortunately, Fox Business confirms that more and more lost jobs in the country are gone for good.

A Closer Look at Economists’ Grim Predictions on Employment

Following the re-engagement of certain economic sectors, reports of job gains surged. This gave a ray of hope for a faster return to the labor market’s pre-coronavirus state.

Unfortunately, economists believe that darker days lie ahead. According to corporate economist Robert Frick, “easier job gains” have reached their end. Frick also predicts that going forward, Americans are going to see significant, lasting layoffs, including from businesses that originally planned to bounce back.

The corporate economist’s predictions get even grimmer though. Frick stated that in September, America will have a tough time getting unemployment numbers to keep sinking, despite job gains over the summer. The airline industry is also being projected as one of the sectors to experience upcoming layoffs.

Grim economic predictions of the labor market’s future arrive as Congress continues to battle over yet another coronavirus relief package.

Last week, Republicans bristled after their Democrat colleagues in Washington refused a bill that would have given aid to many Americans. While Democrats accused GOP members of trying to ram “poison pills” through government, Republicans have a different outlook on the matter.

Senate Republicans voted on legislation this week to help hardworking Americans during the pandemic.

But Democrats despise this President so much that they are willing to let Americans suffer because of it. pic.twitter.com/1rtjr7zdAA

The left knows that such gains would benefit the president politically, especially with an election coming up; for this reason, congressional Republicans believe that Democrats are more interested in playing politics than giving a lifeline to Americans who will undoubtedly need it.

Are you surprised by the grim predictions from economists? Don’t hold back your thoughts in the comments section below!